Why Big Pharmacy Companies Don’t Want Marijuana To Be Legalized

Big pharmaceutical companies are some of the worst companies in existence. These people feed off of the suffering of millions of Americans every year and they keep bringing in the profits because that’s all that matters to them.

#1 – They make billions of dollars.

However, it’ll cost you your soul upon entering into a pharmaceutical job.

#2 – Their profit margins are insane.

So, when a company sells a product, they have to factor in a lot of different things. First, there’s the cost of the product they’re selling which is what they get as a gross gain. Then, there’s the cost of all the employees of the company, there’s the advertising costs, the marketing costs and the overall overhead of everything they’re spending to sell those products.

So, if they’re selling a $50 product, they have to figure out how many products they have to sell in a certain amount of time to make sure they’re making pure profit.

So, when you see some news saying that some pharma company was fined billions of dollars. Believe me, it won’t break them and they don’t care. They’ll just re-adjust some assets, pay the fine and continue on with business as usual. Actually, pharma companies are fined quite often, so they’re pretty much used to it at this point.

They’re like high-tier NFL superstars. When they get fined a million dollars, they just simply pay it off and could care less. That’s exactly how the pharmaceutical companies operate.

When it comes to pharmaceuticals, Americans spend about $320 billion a year according to the latest estimate. The United States alone spends the most amount of money on pharmaceutical drugs by tenfold.

This can also be because of the fact that pharmaceutical companies continuously raise the prices of their most popular drugs. They have people who work overtime to analyze the markets and to see who is buying what. If one drug is becoming popular, they raise the rates on it, over and over. Let’s take Claritin for example. This drug was extremely popular and in the course of just 5 years, pharma companies raised the price of Claritin 13 different times. 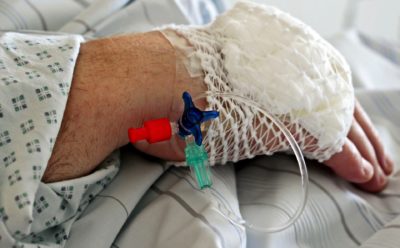 #4 – Those “clinical trials” are biased.

You’ve probably seen pharma companies publish some of those clinical trials where they tell you that a life-saving drug is right for you or some new amazing drug will help you sleep better or reduce the amount of pain you feel.

If they had a bad clinical trial or if something terrible happened, they’re obviously not going to want to print that information for a drug they’re trying to sell, so they’ll probably leave that information out altogether.

They have been sued numerous times to publish their data regardless of what the data said and sometimes, they did. Other times, they just paid the fee and went off without publishing the data, which is intentionally misleading customers and the public.

Due to a lack of modern medicine back then, people would turn to new modern inventions at the time such as drugs that pharmaceutical companies at the time were coming up with.

This is a huge problem, especially in Washington. If you don’t know what lobbying is, we can put this short for you. This is when companies set up shell companies or fundraisers and they give money to members of Congress and the Senate.

These are the people who ultimately pass bills deciding the law and they’re just as corrupt as the pharmaceutical companies. Pharma companies actually spend the most amount of money on lobbying. It’s said that they spend $27,5 million just in 2018 alone. That’s an insane amount of money that people are making just so that others have to be sick and miserable all the time and at the mercy of prescription companies. 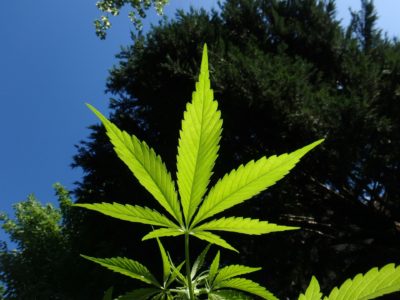 Why Does Pharma Companies Hate Marijuana?

If we haven’t covered the answer for you yet, we’ll try to break it down.

First, there’s the cost of marijuana when you compare it to other drugs. If you’re uninsured, and your doctor wants to prescribe you some painkillers, you could end up paying hundreds of dollars for a single bottle that usually needs to be refilled in 30 days. Marijuana on the other hand or other substances such as Kratom and CBD oils are relatively cheap and just as effective, if not more effective.

Do you know how convenient it is to go purchase marijuana or other cannabis products as opposed to having to go to a doctor and get a special note written for you that says you need a special medicine? Then, you have to go to a pharmacist and you have to HOPE that your insurance will cover the cost, because they have a tendency to do what they want.

That’s another thing, don’t think your insurance provider is innocent in all of this. They’re with the pharma companies making big bucks. They don’t want marijuana legalized either but all you can do is continue to stand and fight and one day, they will fall.