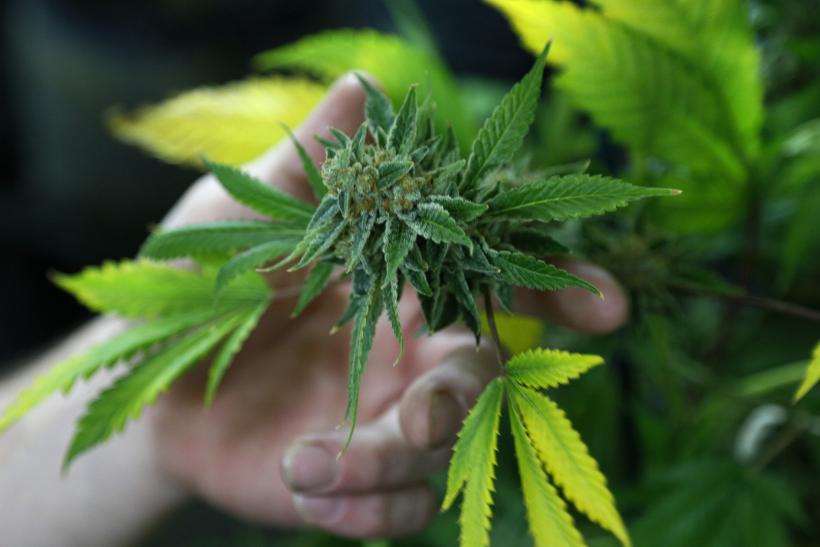 Where Is Marijuana legal In The US

In late 2018, President Donald Trump signed a bill that would legalize growing hemp and would add a $1 billion business. The bill was introduced to the house in late 2018 and it passed with a 369 to 47 vote.

The bill was brought to the attention of President Trump when Senate Majority Leader Mitch McConnell (Republican) proposed an alternative to growing tobacco. Before this bill, hemp was classified the same as marijuana, which is a controlled substance. This bill would ultimately define hemp as an agricultural product and not an illegal controlled substance.

While 10 states have legalized recreational marijuana, this doesn’t come without some restrictions and some of these restrictions are a bit on the insane side.

Alaska – You can only transport up to 1 ounce (28 grams). If you want to grow weed in Alaska, you can have up to 12 plants with 2 adults in the household. If you have a commercial license, there’s no restriction on growing. Recreational use was legalized on November 2nd of 2014.

California – I don’t think it’s any surprise that recreational weed is legal in California. You can only transport up to 1 ounce and you can have six plants in a household if you’re growing. Marijuana was first legalized in 1996 by Proposition 215. Starting January 1st of 2018, sale and distributing marijuana was legalized.

Colorado – Colorado was one of the first states aside from California to legalize recreational marijuana as early as November 6th of 2012. You can transport up to 1 ounce and have six plants growing in a household without a commercial license.

Maine – Maine has gone through a long legal history of the criminalization of marijuana. In 1913, the use of marijuana was completely prohibited. In 1976, marijuana was given far less severe penalties. In 1999, Maine was one of the first states to legalize medicinal marijuana. In 2009, even more restrictions were removed on marijuana and lesser penalties were placed on offenders. In 2016, recreational use was finally legalized. You can carry up to 2.5 ounces on your person or own up to six plants.

Massachusetts – In 2008, the state voted to decriminalize marijuana and turned the substance into a $100 fine if you had one ounce or less on you. In 2012, medicinal marijuana was legalized and finally, in 2016, recreational marijuana was passed. However, you can only have 1 ounce outside of the home and 10 ounces inside the home, or six plants total.

Michigan – In 2008, medicinal marijuana was legalized and then 10 years later in 2018, recreational marijuana was finally legalized. You can have 2.5 ounces on your person if you go outside of your house and you can have 10 ounces inside of the house or up to 12 plants which makes Michigan one of the most lenient states.

Nevada – It’s surprising that it took a state that has Las Vegas as its main attraction took so long to legalize marijuana. In 2000, medicinal marijuana was legalized and it wasn’t until November 8th of 2016, recreational marijuana was finally legalized. Adults must be 21 for recreational consumption and you can only have 6 plants in a house.

Oregon – Oregon has gone through quite a few different variations of what’s acceptable marijuana consumption and what isn’t. On November 4th of 2014, recreational use and sales of marijuana were approved but with strict amounts. Then in 2015, the sentencing for marijuana-related offenses was reduced. You need to be 21 years old for consumption and you can only have up to 4 plants in a household. Also, you can only carry 1 ounce on your person unless you’re licensed.

Vermont – The rules are a bit odd in this state. While it’s legal, there are no commercial sales of marijuana allowed. You can only have up to two fully matured plants in Vermont, which was approved on July 1st of 2018. In 2004, medicinal marijuana was legalized.

Washington – As one of the first states to legalize marijuana without many restrictions, the legalization was passed in 2012. If you’re 21 years or older, you can carry up to one ounce. However, home growing isn’t allowed to this day. You have to purchase your weed from a distributor or someone who’s licensed to grow. 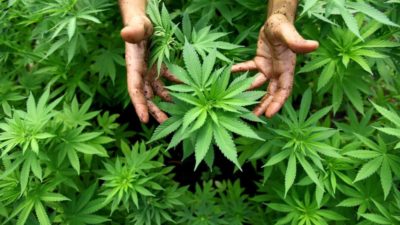 While no one knows for sure exactly why marijuana isn’t globally legalized, Canada, however, is leading the charge in progress. In October of 2017, Canada was the first G7 country to legalize marijuana for recreational use. In late 2018, the Pew Research Center launched a poll targeting America to ask if they supported the legalization of marijuana.

It was discovered that 62% of everyone who voted supported the legalization of marijuana. For millennial voters, 74% of voters believe the controlled substance should be legal.

Decriminalized – What Does That Mean?

Some states have decriminalized marijuana which means that the penalties for having marijuana on your person or consumption are far less severe than they used to be and usually doesn’t include prison time, depending on the amount of marijuana you have on you and if you’re distributing without a license.

The following is a list of states that have decriminalized weed and have suggested penalties such as a small fine or minor misdemeanor.

Indiana – In one of the harshest states on marijuana, you can face up to 6 months in prison and a $1,000 fine for recreational marijuana. If you have CBD oil, it has to have less than .3% concentration of THC. Marijuana has been prohibited since 1913.

Hopefully, with new Democratic senators pouring into office, more states will follow the lead and the overall legalization of weed will soon happen.