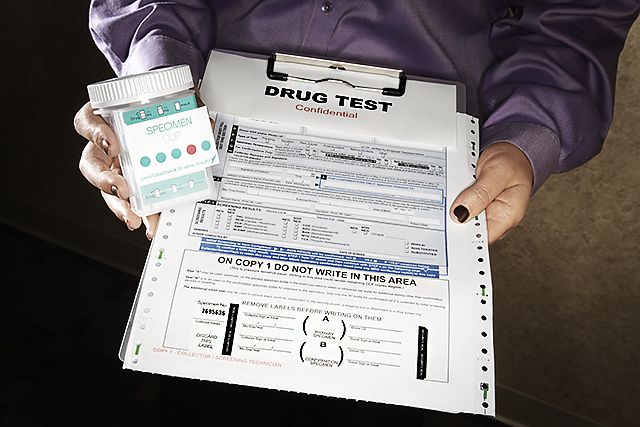 Welfare Drug Testing Explained: When You Could Get Tested & And How To Pass

Although universal drug testing for temporary assistance was actually deemed unconstitutional way back in 2014, 13 states at the time of writing this still require applicants to be drug tested to receive benefits if there is reasonable suspicion of use. That’s why welfare drug testing is still a hot topic.

This is despite the fact that 13 states spent $260,000 to try and catch people out with drug tests. Of 43,000 people tested in those states, only 338 were found with positive results. That’s exactly why it’s controversial.

As well as answering the key questions around drug testing in the USA today for welfare benefits, we will also tell you how to pass the three main types of drug test you could face when you are in the situation of needing to claim welfare.

Welfare drug testing takes place in many states to help screen out people who are chronic drug users. The thinking behind it is why should good citizens who are paying taxes fund the lifestyles of those who want to take drugs with the money they should get for hardship?

The problem is that it’s quite stigmatizing, but it is a powerful political tool. It’s classist and even racist, and widely used to score points against the other political party. So it doesn’t matter whether it’s the Democrats or the Republicans, welfare and drug testing is always going to be political.

Welfare programs the government subsidies are designed to provide support for people who are in real problems, specifically families mostly. This can take the form of healthcare, unemployment compensation, housing assistance, and food stamps.

Drug testing, which currently takes place in around 15 states, is designed to weed out the undesirable elements who are claiming welfare just to fund drug habits.

However, the amount of states adopting drug testing requirements has stalled. In 2019, seven states introduced bills to implement drug testing for new claimants, but so far none has passed into law.

In fact, because drug testing for welfare has been found to be such a waste of money, many states which have existing legislation are ignoring it, and some other states are trying to repeal or alter their own legislation.

Is Welfare And Drug Testing Legitimate And Legal?

The reason why drug testing for welfare claimants has been found to be so pointless is the amount of money it’s costing to weed out such a small amount of people. Let me give you an example.

In Alabama in 2018, 18,157 people try to claim some form of welfare, primarily TANF benefits. These applicants were asked if they had prior drug convictions, or if they were currently using either narcotics or abusing prescription medications. Despite having an existing drug testing legislation, not a single person was tested. So in Alabama at least, they decided the cost is pointless.

The reason for that is the low amount of people who are found positive. Let’s give you an example of that as well. In 2018, 21,000 people in Kansas applied for welfare. Through interview screening, 228 people were referred to take drug tests. This was based on the “reasonable suspicion” clause in the state welfare laws. Of those 228 people, just 56 tested positive, for a total cost of $47,000.

So as you can see, generally, although state laws exist in many places, it’s a fluctuating situation, and even though it’s illegal in many places, it’s actually not enforced much because it costs a lot of money, with no return and the problems around stigmatization and anxiety in already vulnerable people.

When Does Drug Testing Of Welfare Recipients Happen?

There are three situations where you could face welfare drug testing:

Let’s just cover the third situation around people with a conviction for drug offenses. In the original 1996 welfare law, states were stopped from providing any welfare assistance to people who had been convicted of a felony around drug use, possession, or distribution.

But it’s a state law that takes responsibility for opting out of the ban or modifying it to impose a time limit on that ban rather than it being open-ended. In a humanitarian sense having a drug felony conviction 20 years ago and still being stopped from claiming welfare would be insane. It’s also the case that you are pushing people back into crime if they can’t survive.

Which Are The Welfare Drug Testing States?

At the time of writing this, the following states have welfare drug testing laws in place:

In addition, 20 other states have proposed drug testing laws for welfare recipients, and these are all of the various states of implementation, although it seems that several states have dropped the process completely.

Because of challenges to state laws, even in states where the laws exist, they are being unevenly implemented. Florida is a classic example. The state was sued by a single resident because the law required all welfare applicants to undergo drug screening, despite there being no suspicion or history of drug use or dealing. This was successfully taken to court as unfair and discriminatory, and the claim was upheld, throwing the Floridian laws into chaos..

So the unfortunate truth is that welfare drug testing in the USA is all over the place. In half the states in the country, you won’t be drug tested at all, and in the half where you could be drug tested, you probably won’t be.

You have to face up to the fact that you could be drug tested if you are claiming welfare though. So if you are in one of the welfare drug testing states (just Google to see if yours currently is), and you are about to make a claim, or you are already on welfare, then you need to be prepared to take a drug test, no matter how remote the chances are.

So these are the types of drug test you could face, and how you can pass them:

To help you get clean, you can use high-quality detox pills like Toxin Rid to speed up the elimination of toxins by up to 50%, meaning you’ll be clean in a week or less in most circumstances.

If you don’t fancy getting clean like that, you can mask the toxins for a few hours using a high-quality detox drink like Rescue Cleanse or Mega Clean. You drink the detox drink, urinate a few times, and the fresh urine entering your bladder will be balanced for a few hours until toxins leak into it again.

Probably the best way of passing a urine sample drug test to get around welfare drug testing though is to submit a completely fake sample of synthetic urine. Sub Solution or Quick Luck are the best options. They are high in complexity and use heat activator powder to allow you to get the temperature completely right before you submit the sample.

If you think you could get caught out, then Oral Clear saliva neutralizing gum is the best way of passing an oral drug test. Simply pop in your mouth and chew it for 30 seconds, swallow the whole capsule, and your saliva will be neutralized for about 15 minutes.

To pass a hair follicle drug test for welfare drug testing, you need to use the Macujo method. It’s an invasive process with many steps, that uses household items and proprietary drug testing shampoos to open up the shaft of the hair, strip out the toxins inside it, and then shut on condition the hair shaft again. It’s expensive, and it takes up to a week to get clean, but it is the only way to pass a hair follicle drug test for the purposes of welfare.