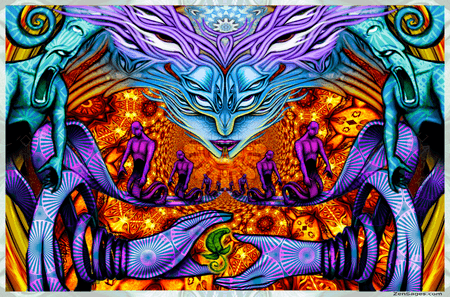 Basics Of Getting High On Salvia

Salvia is short for salvia divinorum, which is a type of herb that is from the mint family. It is often times used for it hallucinogenic properties. In fact, it is considered to be one of the most potent natural hallucinogens on the earth.

This herb naturally grows in different parts of the world. It can be found in southern Mexico. It can even be found in parts of Central and South America. In these areas this herb was a popular addition to many traditional Indian ceremonies.

What Are The Effects Of Using Salvia

You might be surprised to learn that the herb is actually legal in some states. Regardless, the herb is still a powerful drug that comes along with some powerful effects and risks. If you are going to consider consuming the herb it is best to know what you are in for.

When partaking in salvia there are a number of effects that you could experience. You might experience sweating, skin flushing, fatigue, motion sickness, hallucinations, perception change, euphoria, loss of time, detachment feelings, anxiety, depression and there is a potential risk of a heart attack or stroke.

When an individual ingests salvia, they are typically looking to achieve hallucinations or perception changes. And, that is exactly what you are going to achieve. These types of hallucinations will alter how the user interrupts sound and light. It will also alter the way that you see colors.

These alterations in perception with color, sound and light will make it hard to watch TV or even be out in public. Sound will just become annoying. There also might be a sensation of the body flying. It will be almost as if you are flying through space untethered.

There could be a feeling that you are floating outside your body and there might even be feelings that the body is actually heavier or lighter than it is. The hallucinations can be either visionary or auditory. You might see shapes or patterns that disappear when you attention is drawn to another space.

When the effects high the highest level of intensity it will be as if the user is almost in a dream-like state. You will literally be in a visionary state of awareness. If you walk around in this state it would almost be like sleepwalking.

When the experience has finally ended most people have reported feeling of clear-headedness and mental refreshment. Some people have reported headaches after smoking salvia, but this probably has something to do with a smoke induced sinus irritation rather than the herb itself.

A Comparison Of Smoking Salvia And Smoking Weed

When most people consume marijuana they usually do it by smoking the substance in a joint or in a bong. You can also eat it in food, but smoking it is by far the more popular method. Salvia can also be taken orally. However, most people also prefer to smoke the substance as well. You usually have to dry out the leaves before you can smoke the herb, but there are concentrated dried versions available.

The forms can sometimes be thirty times more potent that just the dried leaves. That being said, it really is the similarities of the two substances that cause the confusion in how the effects vary. The experiences that you are going to get from smoking marijuana and smoke salvia will vary widely.

The first you need to know is that marijuana is not a dissociative drug or a depressant. Salvia is considered both of these things. When the dried leaves are smoked they will need to be smoked hot.

The smoke must be inhaled deep and quick, otherwise you are not going to get the desired effects. Salvia needs to reach extremely high temperatures before it vaporizes, so you will have to hold the lighter directly over the leaves while you inhale.

This process is something similar to smoking marijuana in a pipe or bong. However, the major difference comes from the onset of the effects.

After taking your first hit the effects of the salvia will be recognizable within the first minute. After about five or six minutes the effects might begin to wane a bit, but the whole experience can last anywhere from thirty to sixty minutes.

The effects of marijuana usually take a little bit longer to kick in and usually last a lot longer. However, it really is the effects of each substance that make them so different. When consuming salvia you will experience feelings or floating or flying, visual distortions, lightness of the body, space traveling, heaviness of body, emotional mood changes and altered perception.

When smoking marijuana you are going to feel a sense of peace a sense of relaxation and maybe a detachment from time and reality. 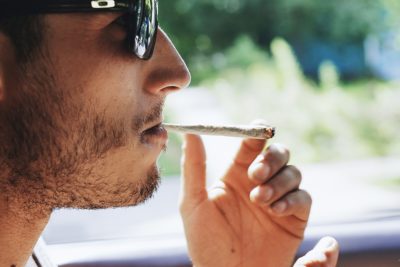 Herbs That Are Similar To Salvia

It is true that salvia is the most powerful hallucinogens out there. And, it is even legal in some states, but there are other herbs out that than can provide similar psychedelic effects.

It should be pretty evident that salvia is not something to mess around with. Although it can provide quite an experience and there is no way to overdose on it, you should take it with precautions.

The first precaution you should take is make sure that you are shopping from a reputable vendor, otherwise you might end up with a product that will harm you. Next, make sure you have a reliable sitter to watch over you while you trip.