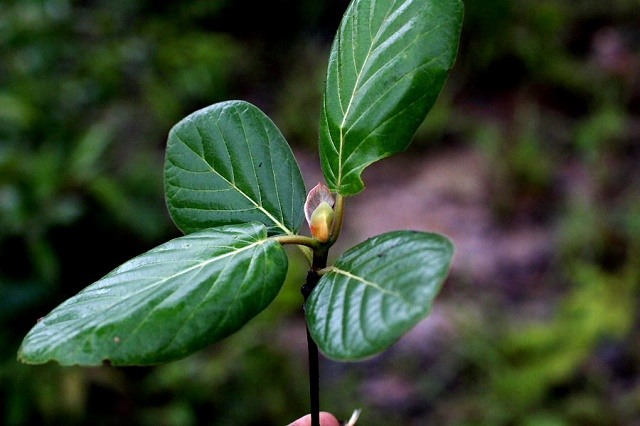 Mitragyna Hirsuta trees are found in Southeastern Asia – Cambodia, Vietnam and Thailand. Mitragyna Speciosa and this family of trees are linked, because they both share the same family origin, Rubiaceae.

In Thailand, Mitragyna Hirsuta is referred to as “KRA THUM KHOK.” The leaves of Mitragyna Speciosa and Mitragyna Hirsuta offer similar effects, including sedative and stimulating. Both of these families produce desirable effects that help the body relax.

Mitragyna Hirsuta derives from the leaves of the plant. While some users prefer to chew the leaves for consumption, others will dry the leaves and utilize them to make Kra Thum Khok tea. However, to achieve the maximum medicinal effects, the chewed method is recommended.

The alkaloids found in the plant are what give it the ability to produce euphoria. Mitraphylline is the plant’s active component. This alkaloid is linked to 7-hydroxymitragynine and mitragynine, which are both found in Mitragyna Speciosa. Mitraphylline bind to the receptors in the brain, producing an effect similar to opioids.

Mitragyna Hirsuta is utilized in traditional medicine to help combat muscle aches and pain. One the leaves are crushed they are mixed with betel leaves. To extract the juice from the leaves, the user will chew them, producing a calm, relaxing state. Mitragyna Hirsuta also contains energy-enhancing properties, which is often ignored.

When taken in low doses, Mitragyna Hirsuta it acts as a stimulant. Moderate doses offer energy enhancement and higher doses sedative effects. Some people have reported feeling unease when taking higher doses, so to avoid these side effects stick with a lower dose.

Does KRA THUM KHOK Have Any Side Effects?

The effect of KRA THUM KHOK can last anywhere from one hour to several hours and they are usually noticed right away. The two most noted effects of this herb are stimulating and sedating.

Over the years it has been discovered that the Mitragyna Hirsuta plant can have a variety of positive effects on a person’s mind and body. In fact, Mitragyna Hirsuta leaves have the ability to lower blood pressure, increase metabolism, boost the immune system, increase sexual energy, prevent diabetes, relieve pain, ease anxiety, reduce stress, and aid in addiction.

The stimulating properties of this powerful plant can improve focus and concentration by activating certain brain cells. Along with this, the plant has the ability to increase mental alertness. The stress relieving effects have been said to have the ability to naturally release stress from the body in which the effects can last anywhere from three to four hours.

Just a few days after consuming this plant, an individual might feel like they are light-weighted, while noticing that they aren’t experiencing as much pain as before. In fact, this is one of the most noted side effects of this plant. As mentioned above, this plant can also increase energy levels and it does this by optimizing the metabolic process.

Exploring The Side Effects Of Mitragyna Hirsuta 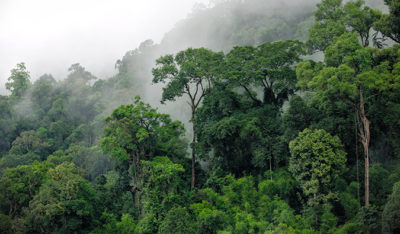 One of the best things about this plant is that it has a low chance of side effects, which makes it virtually harmless. With that being said, you should know that excessive use lead to certain side effects. In fact, some of the side effects of excessive use have been compared to similar effects that you would get from opium. These effects can be mental laziness and sleepiness.

Fortunately, one major different between Mitragyna Hirsuta and opium is that it doesn’t have any addictive properties. Due to the fact that this plant doesn’t come along with any serious side effects or contain addictive properties it have been deemed safe for commercial sale and use.

KRA THUM KHOK is a milder version of Mitragyna Hirsuta, but it can come along with some more serious side effects like hallucinations, tachycardia, and respiratory issues. Of course, these issues should only present themselves if this substance is consumed in large quantities. Anytime you are taking this herb it should only be consumed at the recommended dosage.

At any time during the consumption of Mitragyna Hirsuta if you experience side effects you need to discontinue use immediately. It should be noted that some individuals might feel sleepy after drinking Mitragyna Hirsuta, which is just simply the sedative effect kicking in.

It has already been stated that Mitragyna Hirsuta is an herb that promotes clam and soothing effects when ingested. This powerful supplement comes available in two different forms. The first form is leaf crush form and the second is a fine powder that can be utilized in tea. It should also be noted that the extracts and tinctures of the leaves of this plant could be utilized for a variety of different medicinal purposes.

Anyone taking Mitragyna Hirsuta for the first time should only consume around 15 grams. With that being said, the average dosage for a common user is right around 20 grams. Many individual like to prepare their teas in a variety of different ways, but one of the more popular methods is to simply just boil a pot of water with the Mitragyna Hirsuta leaves inside the pot.

The leaves should steep inside the put for 30 minutes to get the maximum effects.

If you are taking advantage of the powder form all you need to do is simply just mix in a spoonful of Mitragyna Hirsuta powder to your water that you are brewing for your tea. Make sure that you gradually consume the tea for the next 30 minutes or so, as you don’t want to chug it or you won’t get the desired effects. 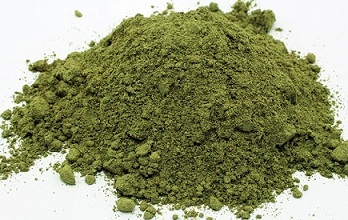 If you want to get the most out of your herbal tea you need to make sure that you are sipping it. This ensures that you get the maximum amount of absorption. With that being said, this plant is without a doubt a dangerous one and should only be consumed with caution.

Consuming the plant in mild and moderate doses not only prevents dangerous side effects, but it also ensures that you get the most out of your experience. In addition to this, you need to make sure that you are consulting your family physician before taking Mitragyna Hirsuta.