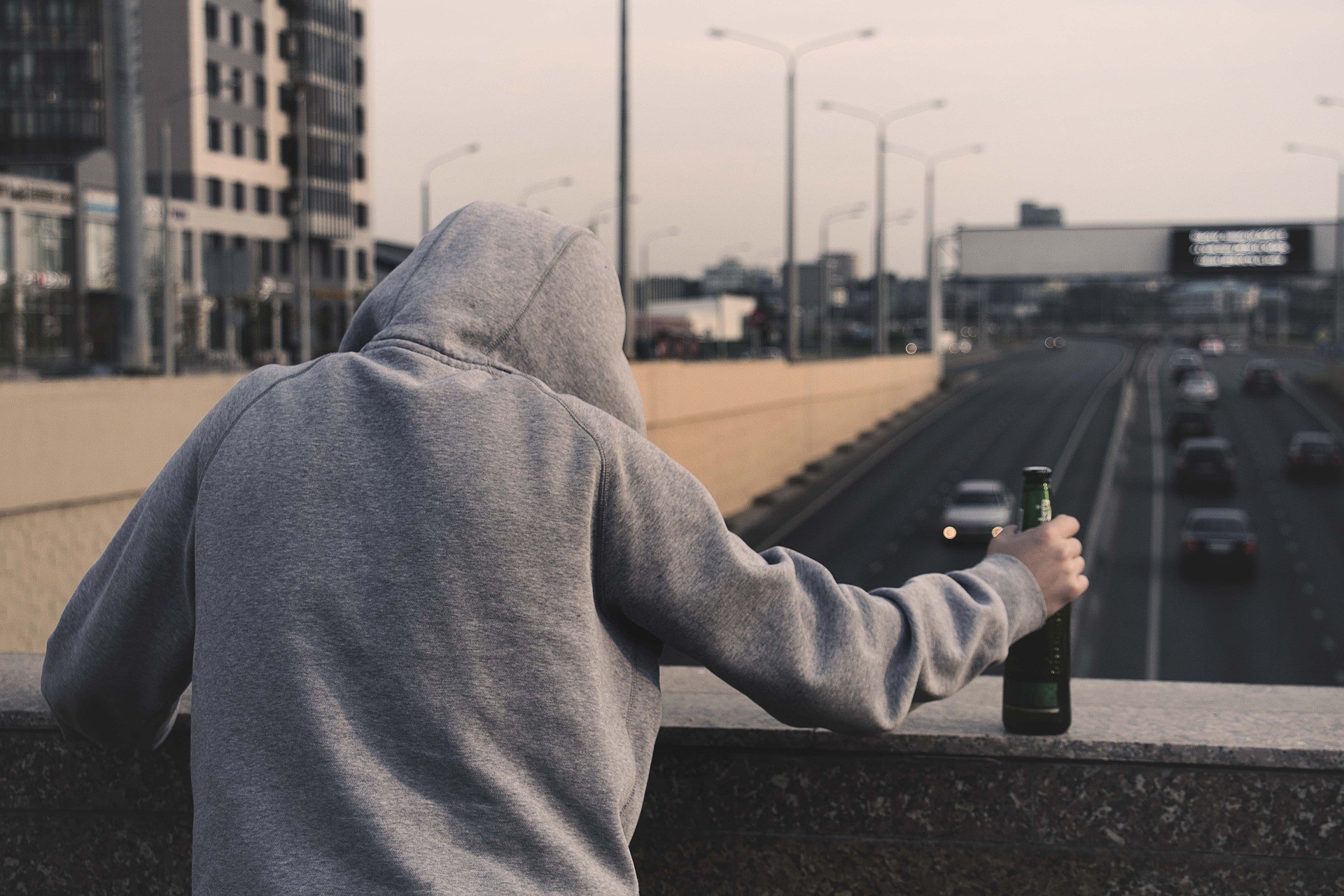 Should You Use Kratom For Alcohol Withdrawal?

There’s not a lot of support online, in terms of hard facts about using kratom for alcohol withdrawal. But I’ve got a friend who has recently used it successfully.

On top of that, because of kratom’s almost unique ability to be mild or overwhelming, and anywhere in between, plus its low addiction potential, then it could be ideal for using to try and fight the evil of alcohol addiction.

Let’s be clear about it, alcohol addiction is vile. It destroys lives, financially, socially, and it destroys relationships. If there is a less evil option out there, that can fight all that successfully, then that has to be a good thing, and I believe kratom is the way forward.

So let’s put my case forward, and tell you how you can find out for yourself, by experimenting safely with using kratom for alcohol withdrawal.

My Friend And Kratom For Alcohol Withdrawal

Okay, the reason I want to tell you about using kratom for alcohol withdrawal is because of the experiences I had with a friend recently.

He was a heavy drinker and it was starting to wreck his life. His girlfriend was threatening to leave, and he was struggling to pin down his job because of hangovers and preferring to get drunk. I could see the warning signs and I was really scared for his future.

He heard about using kratom to replace alcohol. I would never suggest to anyone, they have to help themselves. Because he knew I took kratom and was benefiting from it, and I write about using it, he eventually asked for help and advice.

I suggested he started with a green strain, which gives a good balance between energy and focus and gives pain relief and calmness. At a higher dose, it can also induce a sedative effect, which can help even more. He started with Green Malay, and a 4 grams a day, twice a day, has really helped him.

A couple of months down the line, he had only drunk twice, and those two times not hammering himself into the ground like a used to. It’s early days, and another couple of months down the line he’s still sticking to that, although we had one time when he fell off the wagon. But that’s to be expected with any addiction, and nothing is going to stop those bad regressions, it’s part of the process.

But overwhelmingly, it’s helped him. He has said he feels a little bit like he needs kratom, I don’t think that’s because of kratom being addictive, because the evidence suggests it’s low for addictive potential.

I think it’s more that it’s bringing him relief from the horrors of alcohol, so he is becoming addicted to that feeling of normality. 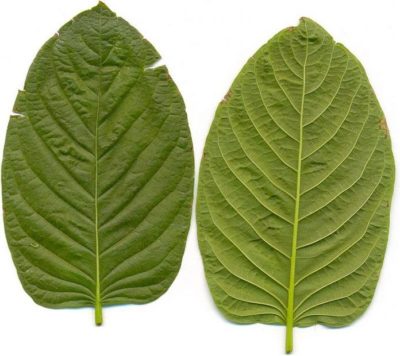 Using Kratom For Alcoholism And Depression

So look, my experience is that kratom really can help with alcoholism. Using kratom for alcoholism and depression I think can really be beneficial. But obviously, as long as you are sensible with kratom dosage.

Some people suggest using red kratom for alcohol withdrawal. In the early days, that might be the case, because a good red strain, like Red Bali, can induce strong analgesia, make you feel spaced out, and make you feel sedated. All of which will keep you dampened down so you’re not running off to buy booze.

But if you want to function, a good dose of green seems to really work. However, you’ll have to try different types to find what works for you.

I really would steer clear of white kratom though. A good dose can give you a really strong burst of energy and even euphoria. Alcohol numbs people, it chills them out, makes a bit giggly, and they can find that white kratom makes them feel out of control, jittery and more anxious.

That could lead to them drinking to try and combat feeling out of control on kratom.

One thing I would say is that white kratom is not what I would recommend for combating alcoholism. Specifically, if you are using kratom for alcohol anxiety relief, white kratom could make it worse. It can make you jittery, it can give you incredible bursts of energy and focus, but that could set off a higher level of anxiety.

If you want to use kratom for alcohol anxiety, then the same goes as for using it for depression, you are wanting something to calm you down, which again points to red kratom.

I would say around 3-5 grams of pure, good quality kratom, a good red or Green will really help you to calm down when you’re feeling out of control.

Any red strain is good, but something like Red Maeng Da will certainly hit the spot better, especially initially when you are going to need a higher level of pain relief and sedation, to take you out of the hell of alcohol anxiety. 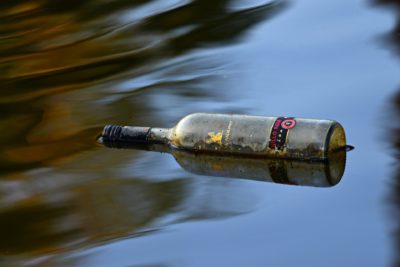 So look, I’ve had experience with kratom for getting euphoric and getting rid of social anxiety, so I looked to whites, and occasionally greens.nI’ve also extensively use kratom for dealing with pain relief from a bad back. For that, I’ve used red kratom, several times a week.

But from the experiences I’ve seen, read and heard, if you’re going to use kratom for quitting alcohol, then you should be looking red, or green kratom.

I’d also suggest that because the rush to go and get alcohol can hit at any time, you’ll want to split your dose into two a day because kratom only lasts about five hours.

I’d say a green kratom in the morning, a handful of grams of something like Green Malay, or Green Borneo, will give you some relief through the main part of the day. Then late afternoon, a few grams of good quality, smooth red, will ease the pain, chill you out, and get you through the evening.

So look, the benefits around taking kratom for quitting alcohol is that it can numb the pain, distract you, give you energy, focus, and hope, and chill you out, so you don’t reach for a bottle.

In terms of using kratom for alcohol anxiety, to stop that horrible sitting in a corner, shivering, your heart pounding, not being able to get a warm feeling, a few grams of red kratom will calm that all down.

It’s not a miracle cure. If you’re replacing an addictive substance with something that gives you good feelings and helps, then even if it’s got a low addictive rating, you can still get emotionally attached to it.

However, if you are sensible, and you have more days free of kratom than on it, you only dose to what you need, and you back it up with some alcohol support, then you could be in a really good place, sooner than you think. 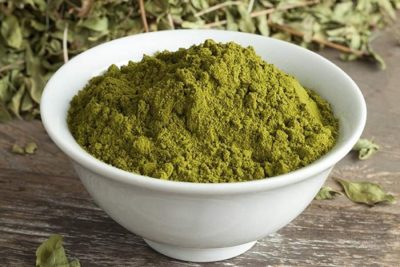 What Kratom To Buy For Alcohol Withdrawal

Kratom is not a miracle cure for alcoholism, I want to finish this discussion on kratom for alcohol withdrawal by saying that. However, using kratom for quitting alcohol is certainly better than doing it with nothing.

On top of that, if you really suffer with it, then kratom for alcohol anxiety can really help. Part of the problem with alcoholism is the anxiety it creates can be unbearable, so people reach for the bottle again, to dampen down the anxiety. The vicious circle never ends.

So if you’re going to experiment with kratom for alcoholism and depression, then I think it’s worth it, as long as you are in control of how much you take, and you get support externally, or at least have a family member who is helping you and supporting you.

In terms of what kratom to buy, reds, and greens are the ones to go for, and whites definitely the ones to avoid.

I would suggest, that you start with a variety pack. Great sellers of high-quality kratom like Coastline Kratom, BuyKatom and PurKratom, awe do variety packs.

A variety pack is a cost-effective way of you being able to buy a handful of different red or green kratom strains, and then experiment with them over a week or so.

After a couple of weeks, you will have tried each strain, and can then quickly nail down which one works best for you, or which ones work best in combination.

When it comes to alcoholism, it’s a bitch. But using kratom for alcohol withdrawal is definitely an option, and anything that’s less dangerous than alcohol, has to be something you at least sensibly experiment with.