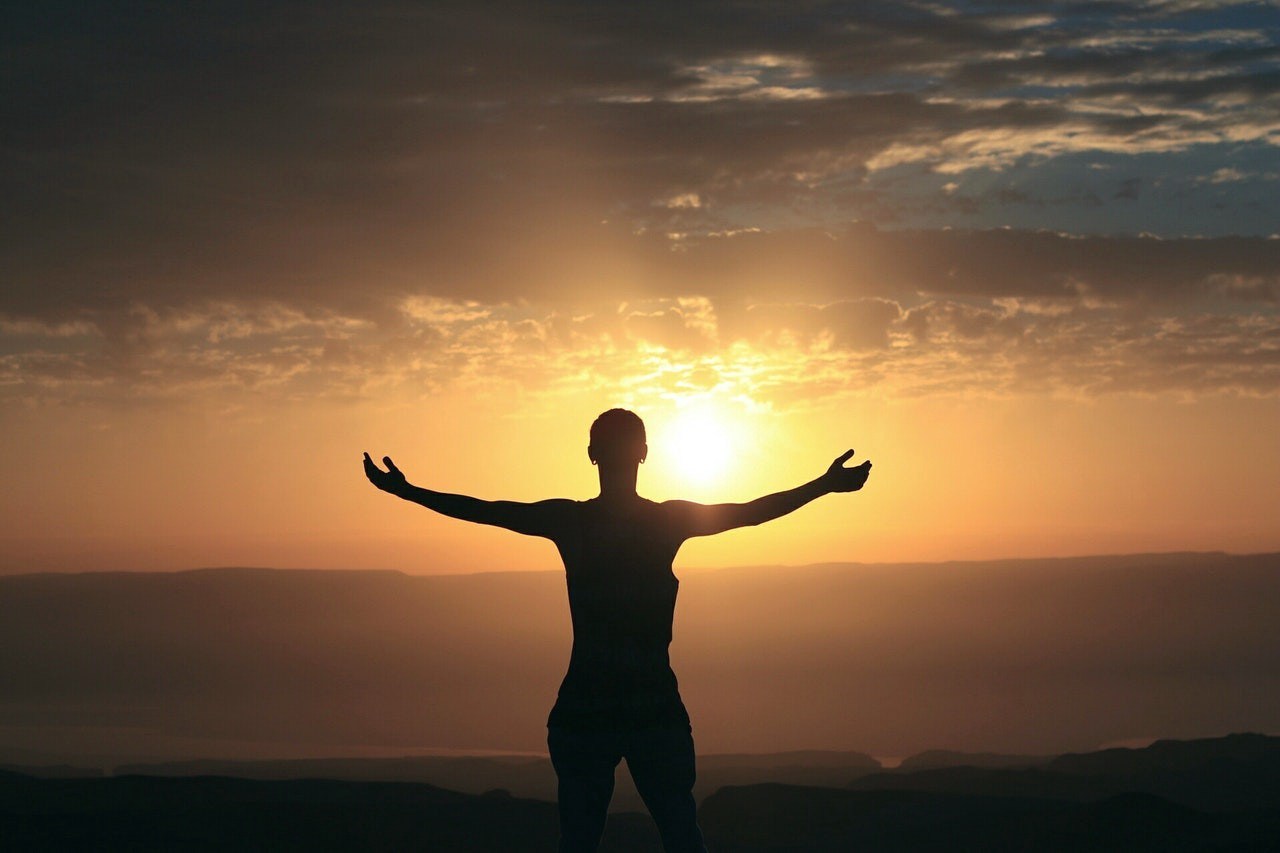 Best Kratom Strains For Opiate High: What Is The Most Opiate Like Kratom

The problem with telling you about the best kratom for an opiate high is that people search for this term for two completely different reasons, although they are two sides of the same coin.

The first reason is they are looking to experience getting high on kratom. It could just be generally euphoric and high, or it could be searching for an opiate-like high, something like you would feel with a narcotic like heroin, or opium.

The second reason is that they are looking for pain relief from opiates while feeling similar effects. So the two are slightly different, and different types of kratom can fit both of those questions.

I’m going to explain to you exactly how people use kratom for opiate withdrawal, what the most opiate-like kratom is, what the best strain generally to get you high is, plus specifically, the best kratom strain for an opiate high.

Is kratom An Opiate?

The first area of confusion, I want to clear up before I explain about using kratom for opiate withdrawal, and feeling high, is to answer the question: is kratom an opiate? People get concerned it’s an illegal narcotic that will get you hooked, in exactly the same way as things like heroin and opium.

Well, that’s not the truth at all.

Red vein kratom in particular not only interacts with the opioid receptors, but it also has the same feelings as opiates, but on a far lower level. Plus, it can also relax and relieve pain.

A lot of people are turning to kratom to deal with opiate withdrawal symptoms. Many people hooked on heroin have found relief from the pain of withdrawal that kratom has to offer. It’s helped get them off heroin, which is obviously a brilliant thing.

So the first thing about using kratom for opiate withdrawal is around using it to relieve the symptoms of withdrawal pain. That can be slightly different to feeling high.

Generally, kratom to help with opiate withdrawal symptoms tends to be red vein kratom. It has analgesic and sedative effects, which can really ease the pain, and relax you.

Red kratom is generally the most opiate-like kratom in terms of making you feel that same high feeling.  So if you looking to use kratom for opiate withdrawal symptoms specifically, then red kratom is the way to go.

The kratom dosage for opiate withdrawal will be very individual. However, as a general guide, people report that higher doses are needed to get rid of the pain, to feel calm, and to get that opiate feeling of being high.

A good, strong, red kratom like Red Maeng Da can really be the best kratom strain for both and opiate high, and opiate pain relief symptoms.

You’re looking at a dose of around 4 grams, or higher. For a lot of people, even with high-quality, pure kratom, in the initial stages of opiate withdrawal, they are looking at 6-8 grams of red kratom to get themselves feeling relaxed, high and relieve all the pain symptoms, both physical and mental.

So generally, the kratom dosage for opiate withdrawal look something like this:

No matter how much pain you are in, it’s always best to work your way up that dosage ladder. If you just jump into a powerful dose through desperation, you could be overwhelmed, and find you build tolerance. It’s better to work your way up to the point where you get just enough to deal with the symptoms you have. 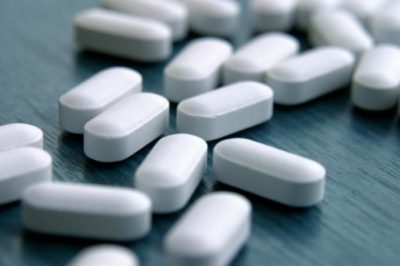 Kratom does not get you high in the same way as narcotics. Red kratom can bliss you out, it can make you feel so sedated that the world drifts pass you. It can even feel a bit like an opiate high, or an adrenaline rush.

Generally, you will feel euphoria, bursts of energy, and an ability to go out and be incredibly social, using white kratom. White kratom has an alkaloid balance in it which most mimic drugs that make you get up and use energy, both physically and mentally.

But don’t think that a kratom high is like a narcotic high. Although it can mimic some of the feelings, it’s not as intense.

So before I move on to dealing specifically with the best kratom for opiate high feelings, and talking about the most opiate-like kratom for withdrawal symptoms, I want to talk quickly about the white kratom strains that will give you that clean, euphoric, energetic high.

This kratom has a high alkaloid content, and if you get pure powder, is very powerful. It will give you a powerful kick, energy boost, and at high dose, incredible euphoria. If you want a positive outlook and incredible social feelings, then White Maeng Da certainly can help.

White Bali has been described by many users as an incredible caffeine rush at high levels. It will make you feel jittery, excitable, energetic, and euphoric. However, it can be out-of-control at high dose, and it’s certainly not one you would take to chill out or deal with anxiety. 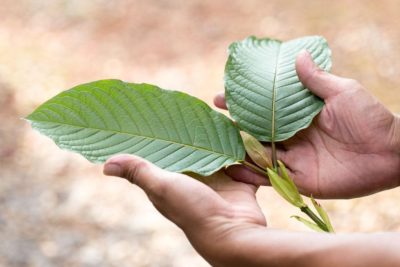 So if you’re looking for an opiate-like experience, but that also helps with the pain symptoms of coming off opiates, then the following three kratom strains are perfect.

Red Maeng Da has to be the number one best kratom for opiate withdrawal symptoms. It is packed with alkaloids and is a classic red kratom. Until you get to a very high dose, you will remain alert, gain energy, and still be focused, some people even get increased focus.

At a high dose, you’ll get a minor opiate high, a feeling of being blissed out and attached, plus the analgesia will really kick in, and you won’t feel a thing.

Going one step further, Ultra Enhanced Red Maeng Da is like rocket fuel for opiate withdrawal. Around 5 grams of UE Red Maeng Da will keep you energized, focused, but make you feel so chilled out and peaceful, that you really will feel great. 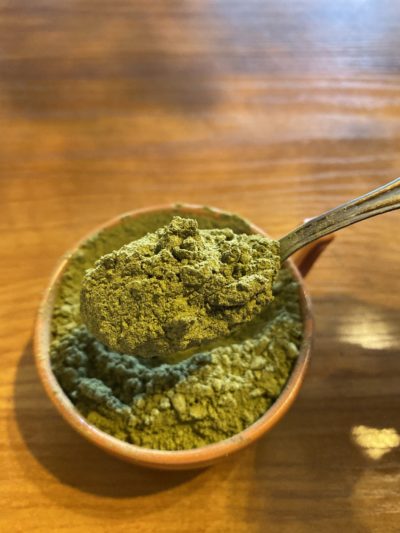 Red Bali is also one of the best kratom strains for an opiate high. You’ll feel great on this strain of kratom, especially at a higher dose. It can also help as a kratom for opiate withdrawal, because it mimics the feelings of opiates, plus has pain relief and sedation built in.

It’s not quite as deep or rewarding as Maeng Da at high dose, but it is more controllable.

Be warned though, at high doses of Red Bali can produce more negative side-effects than some other strains of kratom. You can feel nauseous more quickly and overwhelmed with tiredness, so it’s best to work up the dose levels if you want to use this kratom for opiate withdrawal.

I’ve tried red Bali from a few kratom vendors, and this one is the best, highly recommended!

The third best kratom for opiate high and withdrawal symptoms has to be Red Thai.

At mid-to-high dose (4-8 grams), it has an amazing ability to sedate you, take the pain away, and make you feel incredibly chilled out. It does all this with without the side-effects being so severe as with some other kratom strains.

Red Thai is slightly more gentle than the other two reds I’ve mentioned here. So if you’re looking to gently deal with kratom withdrawal, or experience an opiate-like high, then a really good dose of red Thai could be what you’re looking for. 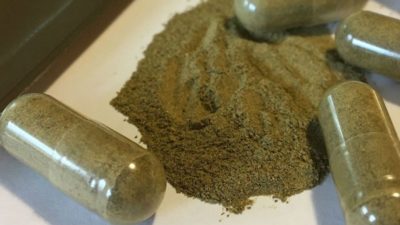 Because kratom can help with opiate withdrawal symptoms, and it can produce an opiate high, plus, white kratom can make you feel incredibly euphoric, in a way that things like small doses of MDMA can, people wonder if kratom is actually legal.

I just want to close here, not by talking about the best kratom strain for an opiate high, but whether it’s legal to actually buy kratom.

The answer is yes. Kratom is not a narcotic. Although it mimics the action of opiates, it is not an opiate. What this means is it doesn’t directly attach to and interfere with the opioid receptors in the body, so it’s not as addictive, or invasive.

The bottom line is that kratom is less addictive, less dangerous, and more controllable than any narcotic.

It’s also legal in most states of the USA. You can buy it freely, and use it freely. You have no need to worry, and when it can help with opiate withdrawal symptoms, that can only be a good thing.