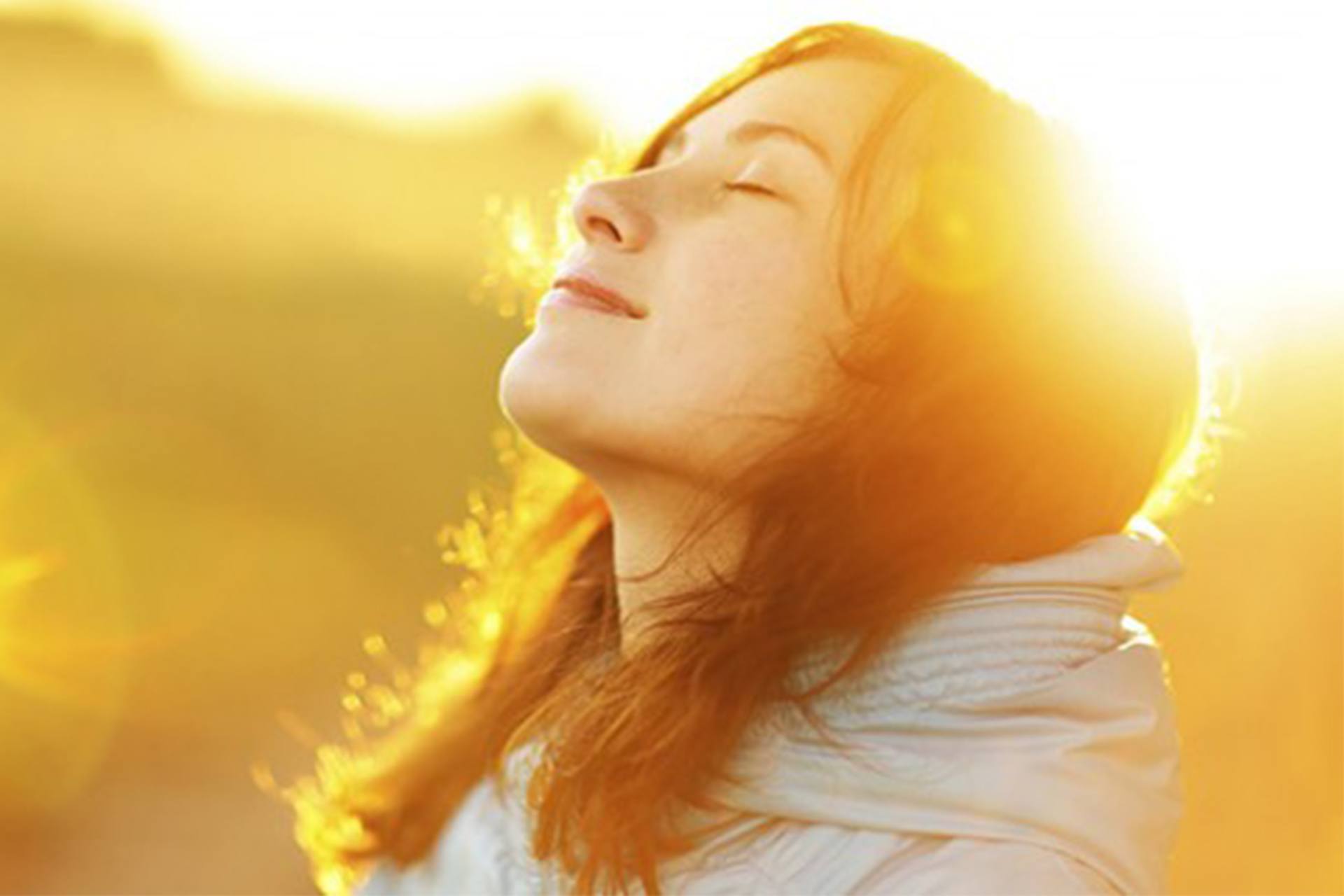 I’ve often been confused when people say that you can’t use kratom for euphoria. Kratom can’t get you high is what people say. Well, I’m going to tell you that it is possible. The best kratom for energy and euphoria will deliver on both counts.

But what is the best kratom for energy and euphoria? Well, although it’s a slightly personal choice, there are certain strains of kratom which will make you feel delirious, high, and incredibly happy. Basically, totally euphoric.

Plus, if you’re looking for energy, then kratom certainly can deliver. White kratom especially can give you energy, so in this guide, you will discover which strains can help deliver it.

So let’s take a look at the best kratom for energy, focus, and euphoria, give you some examples, talk about how many kratom capsules for euphoria you should use, and also give you a couple of recommendations on where you can buy pure kratom that delivers energy and euphoria.

The Reasons Why Kratom Creates Energy And Euphoria

At lower doses, through interacting and stimulating these receptors, it can give an energy boost. You will feel more energetic, so the best kratom for energy, at a decent dose can really help to give you a physical and mental energy kick.

In terms of euphoria, it’s basically the same reason. It’s how kratom interacts in the body, and it’s creating a level of energy and activation of the opioid receptors, that can induce a euphoric feeling, similar to opiates like heroin, but far less damagingly.

But the best kratom for euphoria is going to be taking a far higher dose than is needed for energy. The problem is finding that tipping point because, at high doses, kratom can become heavily sedative, so managing it to be euphoric, rather than sedating, is the challenge. 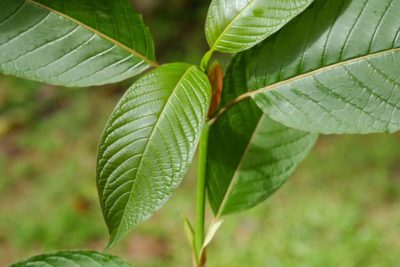 The Types Of Kratom That Deliver Energy And Euphoria

When it comes to knowing about kratom, the main thing to understand is that there are three main subgroups:

But that generalization is not the whole story. All three main types of kratom can be stimulants at a moderate dose. Similarly, at very high dose, all kratom tends to be overwhelmingly sedating.

However, I’m sure you’re reading this because you’re looking for pure energy and a euphoric high, without having to experiment with all the different vein colors of kratom. That puts you firmly in the territory of trying white kratom.

It won’t give you much relaxation, but it will give you incredible focus, energy, and if you hit the sweet spot in terms of dose, you’ll feel a euphoric high.

Now look, everyone’s different, so what I found to be the best kratom for energy and euphoria, might not be the best for you.

However, generally, the following three white kratom strains are generally accepted to be the ones that deliver the highest levels of energy, and at the medium-to-high dosage, a euphoria that is sometimes out of control.

White Bali kratom can give you an incredible kick. It’s one of the most “pure” white kratom strains in terms of its effects. With White Bali, you get an awful lot of energy, euphoria, and an ability to focus intently.

But it’s quite aggressive, especially if you take a big dose. It doesn’t have as many alkaloids which promote calmness and analgesia, which means that if you take a decent dose of white Bali, then you’re going for a ride, and it might not be to everyone’s taste.

If you’re looking for pure energy and euphoria, white Bali has to be one to consider. I highly recommend this shop to buy white Bali. 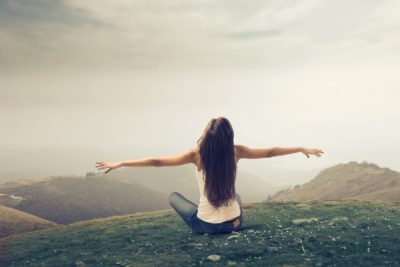 Maeng Da means “pimp grade” kratom. It’s not actually from any region, and it’s a bit of a mystery as to how it came about. Some people say it’s modified genetically, others that is chosen from certain types of kratom.

But generally, if you get pure White Maeng Da, then it’s meant to be one of the strongest types of kratom.

With a high proportion of alkaloids that promote energy, focus and positivity, a good dose of this will certainly give you a euphoric feeling and plenty of energy. But again, you get tons of stimulation and mood enhancement, but very little in terms of relaxation. Again, it’s an adrenaline ride.

It’s one of the most intense white kratom strains out there. But it won’t give you as much of an energy boost as the other two. However, it’s alkaloid balance does mean it’s incredibly euphoric at a medium dose. 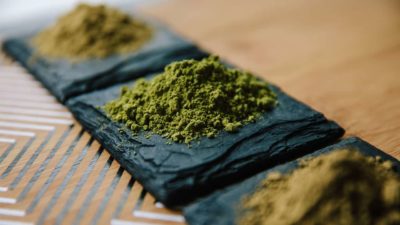 Kratom Dosage For Energy And Euphoria

I struggled with this problem when I was experimenting with kratom the first few times, I couldn’t understand what dosage you should be taking at all, let alone to hit specific benefits like energy, or euphoria.

The problem is that kratom is quite personal, and how it affects you will depend on several things:

It took a while to work all that out for myself. You have to experiment to get to where you want to be. For example, when I was looking at white Borneo to give me energy, I tried 3 grams. It was good quality kratom, but it hardly had any effect.

So the second time I raised it to 6 grams, and my God, it made an incredible difference. I felt full of energy, positive, incredibly focused, and filled with a happiness I hadn’t experienced for weeks. It certainly helped with depression, and got me up and moving.

But 6 grams for someone else, of White Borneo, or another type, could be overwhelming, or they could barely feel it. Tolerance is part of the problem, if you have already experimented with kratom, then you could already be tolerant if you have had a lot. You shouldn’t take kratom every day.

If you’re smashing 8 grams of White Bali every day, then going out partying, you’re very quickly going to find you need more, and more, to get the same feeling. My advice is to only take the minimum you need to get the energy and euphoria, and also to have more days of the week not on kratom, than days taking it.

But generally, if you’re looking for the best kratom for energy, you’re looking at a medium dose, which for most people is around 4-6 grams, as long as you get pure kratom powder.

If you’re looking for the best kratom for euphoria, you’re going to have to go further. Euphoric feelings kick in at a high dose, with white kratom, if you go too far, you’ll find you do tip into sedation quite quickly. But around 6-9 grams is the point at which most people hit that high, that euphoria, that non-stop happy, party feeling.

Now if you’re going to be knocking back that much kratom, I’d suggest you find a great way to take it, because kratom tastes pretty awful, especially if you’re thinking of tossing and washing 8 grams loose into your mouth.

The best way I found, was to make a rich fruit smoothie and mix it into that. The thick mixture, the sweetness, meant I could down even a large dose really easily.

How Many Kratom Capsules For Euphoria?

Although kratom capsules are more expensive than loose powder, they get around the problem of bad tasting kratom brilliantly.

One of the questions people ask is how many kratom capsules for euphoria are needed? Again, it’s subjective, it depends on who you are, and the level you want to reach.

As I said a little while ago, you’re looking at a high dose, at least 6 grams, maybe more, if you want to hit that kratom euphoria that people talk about. We’ve only talked about the best kratom for euphoria in terms of certain strains, and we’ve already talked about the sort of dose you’ll need, so it’s just a case of converting that into the number of capsules you’re going to take.

Most kratom capsules are 500 mg, which means two capsules is equal to a gram of kratom. So it doesn’t take a genius to work out that 6 grams of kratom will mean you have taken 12 kratom capsules for a euphoric dose.

So in terms of answering the question around how many kratom capsules for euphoria, you are looking at around 12-16 capsules of a good quality white kratom, such as white Bali.

Where To Buy Pure Kratom With A Kick

As I’ve now explained, the best kratom for energy is going to be pretty much any white kratom, and you’re looking at a medium dose, of around 4-5 grams, on average. You might need a little more, you might need a little less, but it’s around that point you will get a really strong feeling of happiness, energy, positivity, and focus.

In terms of the best kratom for euphoria, you are looking at a higher dose, and it’s best if it’s one of the white kratom strains that is renowned for that, such as White Maeng Da, Bali, Borneo or Malay.

The biggest problem you’ll face is getting your hands on good quality kratom.

The problem is kratom is often cut with other herbs before its ground into a powder. It’s then imported, never tested, stored badly, and sold on to the public in the USA with about 50% of the potency is should have.

To get pure kratom powder, imported directly from Southeast Asia, that’s then lab tested for quality, certified independently, stored brilliantly, and turned over quickly so there is always fresh stock, is a real challenge. I’ve only ever found three companies who seem to achieve all that.

You won’t be disappointed, even though you’re going to pay a little more for the high-quality kratom powder they sell. White Indo, Borneo, Maeng Da, Bali, they sell the lot. They also sell a white variety pack, if you want to experiment with smaller quantities to get started. You can check out my Coastline Kratom review, here.

They even do a capsule variety pack, so you can experiment with different types of kratom, for a small outlay, but still experiencing the convenience of capsules. Once you know how many kratom capsules for euphoria are needed, the conventional means you can just pop the exact number you need, and know where you’re going to go.