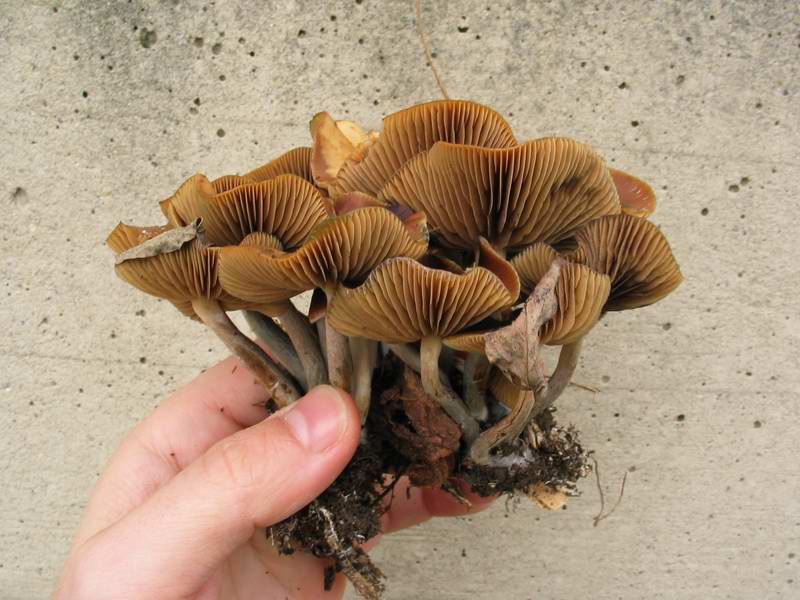 People have been taking advantage of magic mushrooms for a number of years now. With their potent psychedelic affects the popularity of this potent hallucinogenic is increasing everyday.

However, what most individuals fail to forget is that just like marijuana there are tons of different strains and species of mushrooms available for consumption. Each species can offer different trips and benefits and this is why it is always important to know exactly which species you are indulging in.

Know That Mushroom Poisoning Is Real

If you have done any research whatsoever on magic mushrooms you have probably heard about talks of mushroom poisoning. While some individuals contribute this a myth, it should be highly noted that this is no myth. In fact, this even usually occurs when the mushroom is question is filled with unsafe toxins.

The severity of the poisoning can vary depending on the type and amount of toxin that was ingested. Some toxins might only cause mild to moderate effects like gastrointestinal discomfort or vomiting, but others can lead to lethal consequences.

This only further iterates the importance of knowing the species that are you are indulging. Some wild mushrooms are completely safe and some aren’t. In order to enjoy a safe reliable trip you really need to know what species you are ingesting and how it can affect you.

What You Need To Know About The Psilocybin Mushroom

In terms of popularity you will not find a more popular species than the Psilocybin Mushroom. The mushroom contains a natural psychoactive compound that can completely alter the state of mind in any individual.

Sure, just about every type of mushroom out there will contain some form of psilocybin, but it is pretty evident that the most active and potent form can be found in the Psilocybin Mushroom. One good thing about this species is that it can be cultivated successfully around the world.

Many archaeological experts have proven time and time again that past evidence states that this species of mushroom has been utilized in many religious communions and healing ceremonies.

If you just happen to come across the Psilocybe Semilanceata species it will be pretty evident, as they are highly known for their leathery-brown caps and curved brown stems.

In most common cases these mushrooms will have caps that range in diameter anywhere between 5-22mm to 6-22mm. While they usually appear in the shape of a bell, the color of the caps can vary depending on the amount of hydration that the mushroom received throughout the maturing stages.

Species that receives fair to well amounts of hydration will usually appear with darker shades of brown and be visibly present with grooves that run down the backs.

It is even possible that this species can be found with green or blue caps.

However, when you find a Psilocybe Semilanceata species that is present with a blue or green cap it most likely means that they have been injured. This species is usually located throughout the North American and European regions in pastures and meadows.

The one unique thing about the Psilocybe Semilanceata species is that they do not directly grow out of dung like their counterparts and this is probably one of the things that make them stand out amongst the other available species. 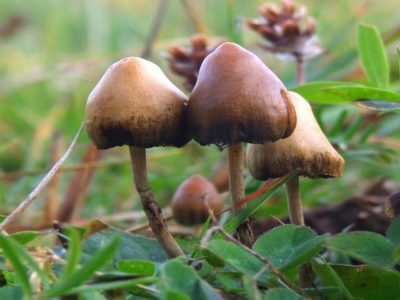 The Power Of The Psilocybe Mexicana Species

If you ever hear anyone refer to the Psilocybe Mexicana species, you can almost guarantee that is came out of the Central or South American region. This species has been around for thousands of years, as there is evidence that this species was used in conjunction with the indigenous civilization.

The only bad thing about the Psilocybe Mexicana species is that their appearance is extremely similar to that of the Semilanceata. They usually consist of large caps that range from ten to twenty millimeters and appear in a bell shape.

The only noticeable difference is that the caps usually grow in a light brown or tan color. Once again, when injured these mushrooms can take on a blue or green appearance.

If you come across a Psilocybe Mexicana species you might consider yourself lucky because they typically grow in groups. This means that if you are lucky enough to discover one of these mushrooms there are likely several other mushrooms nearby.

When seeking out this species you probably want to look for areas that contain moss along the roadsides or trails. The species has also been known to pop up in humid meadows, grassy areas, and many forest regions. This plant usually thrives at elevations of 300 to 550 meters around the months of May and October, so that is something to consider. 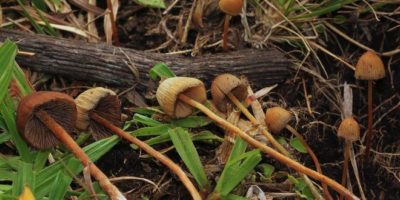 If you find yourself in the North American, Western European, Central Europe, or New Zeeland regions it is highly likely that you will come across the Psilocybe Cyanescens species. This species not only stands out amongst the other species, but they are highly notable by their wavy caps.

While the caps can grown anywhere from fifteen to fifty millimeters in diameter, they become wavier as they mature.

When properly hydrated this species will produce a caramel or chestnut-brown appearance. Once they begin to dry out they will grown paler and might even reach a yellowish color once they are completely dried. When the caps, gills, or stems are exposed to injuries or psychical interaction they will turn a light brown or purple in color.

Most of the time the Psilocybe Cyanescens species can be found growing around wood chips or mulch in urban areas. Due to the fact that mulch is becoming such a popular method of weed control, this has only led to the increased popularity of this species.

In fact, recent mulch is the number reason that this species it showing up in regions of the world where it really should not be found.

What You Need To Know About The Psilocybe Azurescens Species

When you really sit down and examine the physical appearance of the Psilocybe Azurescens, it really is easy to understand why this species if referred to as the flying saucer mushroom. It is not only extremely potent, but the caps give off the direct appearance to that of a modern flying saucer. Although this plant was believed to originate on the West Coast of the United States, it has long been cultivated in several different countries around the globe.

The caps of this potent plant can range anywhere from thirty to one hundred millimeters in diameter. In younger growing stages the caps of these plants will give off a caramel brown and chestnut appearance, but once they reach maturity the caps will give off a dark blue hue that is almost black to the naked eye.

The bruised or injured areas of the mushroom will immediately turn dark blue.

The prime growing months for these mushrooms are between the months of September and January and they really thrive in coastal areas. 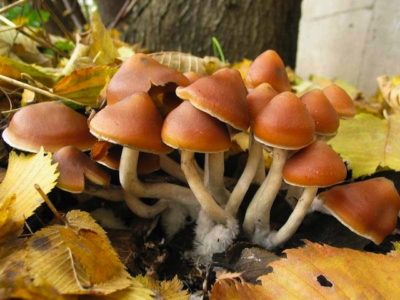 A Look Into The Psilocybe Baeocystis Species

If you are any bit familiar with the Psilocybe Baeocystis species, you probably know that the species if referred to by a variety different names. Some individuals call them bottle caps, some call them knobby tops, some might refer to them as blue bells, and many users are now calling them olive caps.

Whatever you call them, it really doesn’t matter. What you need to know is that the species grows in the Pacific Northwestern parts of the United States and they are extremely potent when compared to other species that originate in the Untied States.

The caps are considered medium-sized by many experts, but they can grow anywhere from 15 to 55 millimeters if diameter. The caps are usually thin with distinctive ripples that grown underneath. One of the things that makes the Psilocybe Baeocystis species stand out from the other is the color of the caps.

They usually grow in a dark, olive brown tone that is sometimes combined with steel blue tinges. Along with this, the stems make a distinctive difference. The stems can appear in straight or curved form and usually appear in a chalky white appearance.

It should be noted that this species bruises very easily and when bruised they usually turn to a stained blue color. If you are seeking out this species, you probably want to look in any yard that is rich with wood chips or lignin.

Any Douglas Fir that have dropped their cones for prolonged periods of tine are also highly know for producing this species of mushroom. The mushroom can be found floundering underneath the dropped cones and will produce highly potent result.