Everything You Should Know About KAVA

At its very core, Kava is simply a plant. However, Kava is more commonly known as a drink. This drink is very popular among some regions and its benefits have dismissed by some but others have praised the drink as one of the best alternative medicines out there known to man. What exactly is Kava?

Essentially, Kava is known as a drink that can you help act as a supplement to reduce the amount of tension you receive and promote the amount of relaxation you experience.

Kava has another name, it’s also known by Piper Methysticum. It’s actually just a plant that can be found in some islands of the Pacific, mainly the south pacific. This drink is kind of new though and hasn’t been celebrated for thousands of years like other cannabis psychoactive mood-altering drinks have. This drink has only been known to be celebrated for hundreds of years mostly in areas of Fiji, Tonga, and even Hawaii.

What Is Kava Made Of?

It’s literally just Kava and some water. That’s actually it. There are no fancy ingredients included here, so when you get a Kava drink, all you’re getting is essentially just Kava mixed with some water.

Kava is not alcoholic, even though it sounds like an alcoholic drink but it’s completely non-alcoholic, so you won’t be able to get drunk off of the drink if that’s what you were hoping for. You can mainly find this drink in certain regions of the Pacific islands.

If you look at the drink, it looks rather dirty at first glance and you’d probably be hesitant to drink it but trust us, it’s worth every single sip.

It doesn’t honestly take long for the Kava feeling as they call it to kick in and not before long, you start to feel this euphoric relaxing feeling come over you.

Now, let’s go over some of the top facts of Kava. 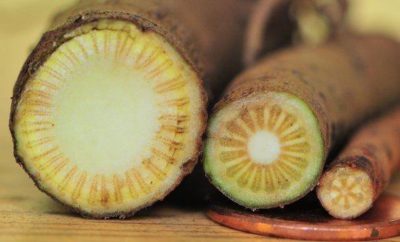 It Can Cure Anxiety

Well, it depends on the kind of anxiety you have but Kava can most certainly cure a lot of anxiety problems. If you’re someone who’s stressed out all of the time and you easily become stressed out, you can just take some Kava and you’ll be pleasantly surprised just how fast that anxiety goes away.

It not only helps reduce your amount of anxiety but compared to other substances, it reduces it rather fast. In order to the same effect, you’d have to take several grams of anti-anxiety drugs and most of those only last for about an hour.

If you don’t know, the liver is one of the most important organs in your body and everything your body consumes goes through the liver. If you feel like crap, your liver more than likely feels like crap as well. A lot of people don’t quite understand how important their liver is to them, so they often ignore it until a problem comes up.

If you’re someone who actually wants to protect your liver, Kava can actually help protect it. It can help protect the liver from inflammation and other damaging elements. However, if you’re a heavy alcohol drinker, then you might want to stop that because Kava can’t protect it from that. 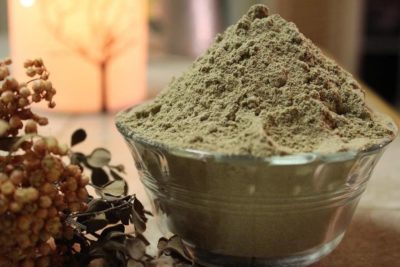 Can You Make Your Own Kava?

Well, somewhat. However, you can’t make it with easily accessible materials that you could just go down to the store and get. When you purchase Kava, you can easily just purchase some powder form Kava and then, you’ll usually get a set of instructions that tells you how to consume it and what to consume it with.

Also, there are supplement forms of Kava but you’ll probably get a far better benefit if you were to consume it raw like most people choose to. The debate of whether or not supplemental Kava has the same effect as raw Kava has been a hot one for some time.

The Kava preparation isn’t too hard and it’s something you can easily look up online as there are different methods of doing it. Some people even remove the water and replace it with milk when they’re making their Kava. Does this do anything for the Kava? Probably not but at least it’ll add the taste of milk into your Kava.

This isn’t fully studied yet but Kava may actually treat Menopause mood swings. This is something that can destroy a marriage or any relationship. If this is something that you constantly deal with, you’ll want to look into Kava right away because Kava is being researched to determine whether or not you can actually reduce the intensity of these attacks.

Some people say it’s helped them tremendously and there are limited studies available to determine whether or not this is actually true or not.

So, a lot of people are probably wondering, well, what are the side effects? The truth is, not a lot of side effects have been noted. If you drink too much of anything, whether it’s alcoholic based or not, you’ll feel bloated and probably give yourself a stomach ache but there are no known real side effects related with Kava.

There is one minor side effect that some people have reported though.

Some people report that it kind of turns their skin into scaly and rash like looking texture. It’s also known by another name which is dermopathy. There are a lot of different speculative reasons as to what causes it but some researchers believe that too much Kava consumption is what’s causing it for some people.

Whether or not you believe this is entirely up to you. Kava is beneficial and has helped a lot of people. You don’t have to take it every day like a medicine, some people just prefer to use it every once in a while, and some people just use it to relax and enjoy the anti-anxiety properties that it provides.

There are numerous reasons as to why people use it. Kava also offers some therapeutic support for other ailments as well but if nothing else, it’s a really fun drink.