When it comes to choosing a detox shampoo to help you through a drug test, you are spoilt for choice. The only problem is that in reality are not.

You actually only have a couple of choices that are really reputable. One of those is Aloe Rid detox shampoo.

I know it’s the best detox shampoo because I’ve actually passed a hair follicle drug test using it. I did loads of research before I spent the money, and I actually used it as part of the macujo method.

But if you’re up for a hair follicle test, you need to get hold of something that is going to actually get you through that test by stripping the toxins, because if you are facing one then you probably in a serious employment or legal situation.

But not all Aloe Rid was created equal, and not all of it works, so before you go rushing out to buy it before that all-important hair follicle drug test, there’s a couple of real crucial things you need to know so you don’t get caught out

What Is Aloe Rid Detox Shampoo & How Does It Works?

Nexxus Aloe Rid was a brand of detox of shampoo, that was specifically created for swimmers, to help with de-coloring of the hair through contact with chlorine.

The original formula was not actually supposed to be sold to the public, but only to be made available through professional hair salons. The reason for this was because it was very powerful at stripping toxins from the hair.

Unfortunately it was sold to the public through unscrupulous salons, and it was so powerful it ruined a lot of people’s hair, because they didn’t use it correctly.

End result was that the original formula Nexxus Aloe Rid was withdrawn from sale and production was stopped. It was replaced by new version which didn’t have such powerful ingredients. 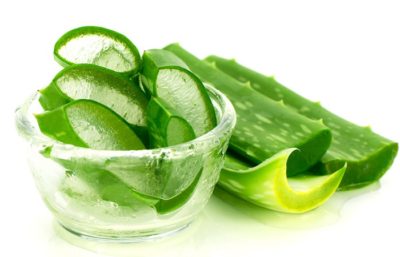 So the problem you’ve got is that the old formula Aloe Rid hasn’t been made for years. But it is still available in small quantities.

You can buy it in specialist online stores, but the price is usually astronomical, several hundred dollars. It’s that high because the supply is small, and people are desperate for something reliable to get through a hair drug test. And that’s the point, it really works which is why it is worth the money even at that high price.

But one of the main companies who sold the old formula testclear.com (they also sell other detox products for drug test), have created basically the same formula. It’s now branded by them as Aloe Toxin Rid detox shampoo.

So it’s new but old if you get one saying. You can buy the original Nexxus stuff, you can also buy the old formulation in new packaging from test clear.

Why Aloe Rid Is The Best Detox Shampoo For Drug Test

What made the original Aloe Rid detox shampoo so powerful was that it contained propylene glycol.

Propylene glycol is very effective for opening up the cuticles of the hair. Basically, the cuticles are layers of scales which close over the hair and open slightly when needed.

The active ingredient propylene glycol busts them wide open, allowing the toxins to be flushed out from the hair shaft inside.

But the problem is that propylene glycol is so powerful that it can cause significant hair damage. That’s why it should be used sparingly in an emergency to detoxify your hair for a formal drug test only.

However I should also say that because it contains aloe vera it is very soft, and as long as you don’t overdo it it can keep the hair in great condition. It is a risk, but nothing like the risk of using it as an everyday shampoo like people were in the past. 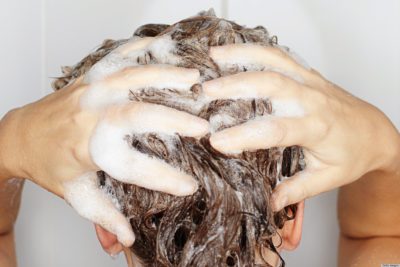 You may have already heard of the macujo method.

Basically, it’s a system where you use the following products:

The macujo method is basically using those products in a specific order, to first open up the cuticles of the hair, then strip the toxins from it, and then leave it squeaky clean.

An additional step is to use Zydot on the actual day of the test, but that’s not spoken about in every version of the macujo method that you will read online, but I recommend it.

It’s always recommended to do the macujo method several times in the week leading up to your hair follicle test, every day with the time you have got if possible.

Then on the morning of the test, you use Zydot Ultra Clean detox shampoo.  As long as you use old style Aloe Rid during the macujo process then you can be 90% sure of having eradicated the toxins from your hair.

On top of that, and I suppose I have to say it, you should also stopping smoking weed during the time you treat your hair. Otherwise your putting yourself at risk of contaminating your hair with toxins prior to submitting a hair sample. For the detailed guide, check out my Macujo method review.

Original formula Aloe Rid detox shampoo for a drug test is only available in a handful of places.

It could be old stock, or it could be the new version.

But you should be careful before parting with your money, which is why I recommend only buying from a reputable seller like testclear.com.

But obviously, you should be aware that the new version is only sold by testclear.com. It’s a new formulation of an old product, using the active ingredient propylene glycol. This version is called Aloe Toxin Rid shampoo.

If you buy it from test clear then you can also buy Zydot Ultra Clean there as well, they do a special deal as a combo. That’s why the sort of websites are good because they understand why you’re buying the products, even understanding the macujo method.

So the conclusion of this Aloe Rid old formula review is that it is the best detox shampoo for a drug test, hands down.

But you have to make sure you get hold of the old formula, either the original, or the reformulation, and you should be prepared to pay 235 dollars for the Aloe Toxin Rid&Zydot Ultra clean shampoo combo. But it will get you through a hair follicle drug test.