The oral swab drug test is getting more common. Because it’s more of a danger now, learning how to pass a mouth swab drug test, by using avoidance tactics, could be crucial.

If you don’t know how to pass an oral drug test, and you think you going to be up for one as a regular weed smoker, or another drug user, then you really could be caught out badly. The consequences could be your job, your driving license or even your freedom.

The thing is, it’s actually really simple to learn how to pass a mouth swab drug test, every single time.

What Is A Mouth Swab Drug Test?

A mouth swab drug test is where a sample of your saliva is taken out of your mouth and then tested against a panel drug kit. This will tell someone within a couple of minutes if you have taken any of the substances the panel checks for the presence of.

The mouth swab drug test is becoming more popular when it had previously fallen out of favor in comparison to urine drug testing.

The reasons it is becoming more popular again are:

When You Might Face An Oral Swab Drug Test

There are quite a few companies, more than you would think, who actually do oral swab drug testing. I’m also guessing that the number of companies that do it will increase.

Because it’s cheap and can be administered at a testing facility, or by someone who’s been trained on your worksite, then it’s the perfect drug test for those low paid service industry jobs, where you could really get caught out on the spot.

Plus, outside America, in some countries, roadside mouth swab drug testing is now something law enforcement does on a routine basis.

It is now routine in many countries, notably Australia and the UK. Taking the UK as an example, the police in that country can mouth swab you on the roadside.

Just like a breathalyser for alcohol, they can now mouth swab you, and can test for eight illegal substances, as well as 8 prescription medications that are the most abused.

So you are under threat if you drive a car. Even if you’re in the USA, you’re wise to think that it is coming here as well.

Which means that through employment, or law enforcement, there are certain situations where you could face an on the spot mouth swab test. But how on earth do you stop them detecting drug metabolites in the few moments that you have before the sample is taken?

How Far Back Does A Mouth Swab Drug Test Go

Answering the question around how far back does a mouth swab drug test go is actually not 100% straightforward. It will depend on a number of factors:

So the bottom line is that if you are a very infrequent weed smoker, then you’re less likely to get caught than somebody who smokes regularly. Even if you haven’t smoked weed for the same amount of time before the mouth swab test is done. You’ve simply got less drug metabolites in your body.

But in terms of the general detection times that the main types of drug metabolites could be found in saliva, they are as follows:

Now look, those are the maximum average times. Sometimes is much shorter. For example, cocaine can be undetectable within eight hours, if you are a light user.

And before you get excited about marijuana only being detectable for up to 24 hours, and sometimes as little as four hours, that is for a very light user. If you have a joint, and you haven’t had one for months, then 24 hours later the chances of you failing a swab test are pretty much zero.

But the thing is with weed metabolites, is that they stay in your body longer.  So if you are a regular weed smoker, even if you haven’t smoked for a week, you could still fail an oral swab drug test.

The bottom line is that THC metabolites in chronic smokers can still be detected in saliva up to a week after the last joint. 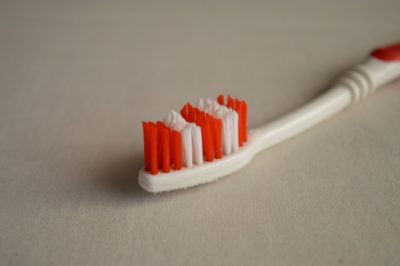 How To Pass An Oral Drug Test Naturally

If you are a very light user, then it actually possible to pass a saliva drug test naturally. I don’t mean just being outside the normal detection times, I mean there are active things you can do to get rid of the metabolites ready for a test.

As long as you can stay clear of toxins for a few days, then usually your saliva will be clear unless you are a regular user.

Let’s say you are a light weed smoker. And you had a joint a couple of days ago, and you’ve got a mouth swab test tomorrow.

As long you haven’t smoked for a couple of days, then you can usually get away with just brushing your teeth thoroughly a few times. I mean really thoroughly, including the gums, under the tongue, everything, half a dozen times through the day.

Then before you go to take the test, brush your teeth several more times, and use a strong mouthwash several times as well. Your mouth will feel blasted, but the metabolites will be gone.

There are also a few things you can do to encourage the elimination of toxins:

About an hour before your test, eat a really fatty meal. THC is absorbed into fat, and that’s why THC is one of the rare drug metabolites that passes out of the bowels, as well as the bladder.

Drink lots of fluids, to keep the fluid in your mouth changing, keep the saliva on the move.

You should also chew gum. Gum produces saliva, which will work metabolites out quicker.

So if you are a really light smoker or user, and it’s been a couple of days, then just by taking those countermeasures, you should be able to pass a mouth swab drug test easily. 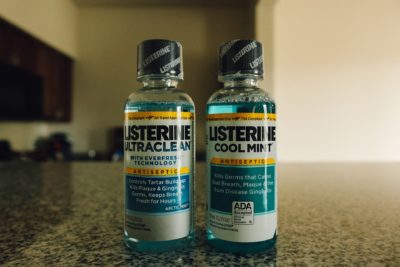 Think On Your Feet With An On The Spot Test

Most people don’t realize this, and they miss the opportunity, but it is possible to think on your feet during an on the spot mouth swab test, and potentially alter its outcome.

If you are going to a lab, or even during a roadside test, or whatever the situation is to be honest, there are a couple of opportunities you can take which could change things.

The first thing to do is to ignore some of the instructions. If they are taking the sample, they will try and angle the swab against the bottom inside of your gums, under your tongue, where saliva glands are, and where it’s more likely for drug metabolites to gathered.

Simply by making that difficult for them, pretending to retch or choke, and saying you have a problem with that, can make them take the sample higher up.

The second thing you can do, if you are given the swab and told to take the sample yourself, is simply to avoid swabbing along your gum line and between the teeth, or under the tongue, because that’s the most likely place for metabolites to gather.

Instead, swab around the outside of your teeth, by actually taking the sample from the inside of your cheek, because that flat wall is the place least likely for drug metabolites to gather.

How To Pass A Mouth Swab Drug Test

There are two types of product you can buy that will help you to pass an oral swab mouth test, even if your body is racing with drug metabolites.

If you want to know how to pass an oral drug test under any circumstances, then the answer is to get your hands on these high-quality drug test avoidance products.

If you’re looking to pass a mouth swab drug test, then Oral Clear saliva neutralizing gum is the number one product you should be getting your hands on.

How it works is, you pop the capsule in your mouth, it’s not really gum and chew it. The liquid will come out and neutralize your mouth. It’s powerful, and it works in 30 seconds. You can then simply swallow the remains of the capsule.

What makes Oral Clear brilliant is that you can carry the capsule you buy around with you all the time. If you are told you’re going to have a mouth swab test, there is always going to be a moment where you are unobserved.

Even if it’s just 10 seconds, where heads are turned, you can pull it out of your pocket, and pop it in your mouth. You can then gently chew the capsule and neutralize your saliva.

The beauty is, even if you are then seen chewing, they can’t prove what you’ve done. There is literally no way they can tell.

So oral clear is brilliant stuff. It’s discreet, it lasts a long while, so you can carry around for months, and it’s very powerful. I’ve used it myself.

However, it’s not cheap. One capsule is going to cost you quite a few dollars. But if you are serious about passing a mouth swab drug test, then it really is the only serious consideration.

The other way you can pass a swab drug test is to use a specialist detox mouthwash.

There are a couple out there but I would always recommend you use:

They both work in a similar way to Oral Clear. They contain a strong neutralizing agent that will get rid of the drug toxins in your mouth in a matter of 30 seconds.

They come in small, discreet bottles, that allow you to swill the liquid around in your mouth, and be clear of toxins straight away.

The only downside is that they are in bottles. So you can’t hide them as easily, and if you are really literally faced with the test right then and there, it’s going to be pretty difficult to swill your mouth out, spit it out, and get rid of the bottle. If you can get to a locker, or a toilet, then sure, you can do it.

So there you go, that’s exactly how to pass a saliva drug test. You now know how far back a mouth swab drug test can go, you know how to pass an oral drug test, and you know the products you will need if you can’t do it naturally.