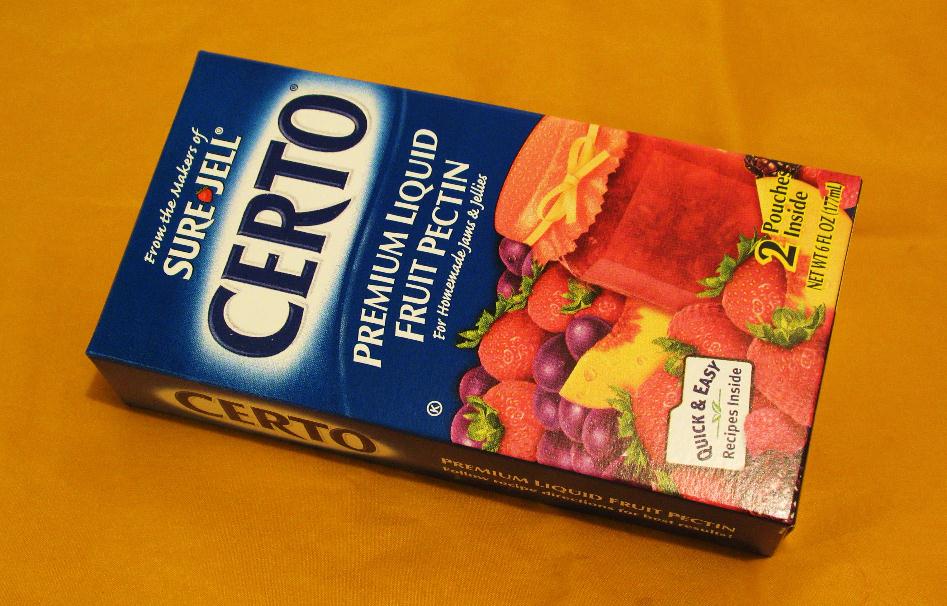 If you are coming up for a drug test then you will probably concerned, especially if it’s your first time.

Passing that drug test could get you a job, keep your job, or even keep your freedom. That’s why you have to get it right the first time because it could be your only time.

One of the big buzz, cheap and easy ways to detox that you’ll read about online is the Sure Jell drug test method.

Whether you are considering the Sure jell drug test or “ Certo drug test method” for probation purposes or just employment, it’s a hell of a thing to place your hopes of passing in drinking fruit pectin!

So can it work, or is it yet another failed method perpetuated by forum users (like the one about dried banana skin getting you high LOL!)?

I’m saying that because the evidence around me says you can. I meet guys in the local smoke shops where I work who say that they have passed employment tests using it. But the problem is I’ve also met people in there who said they failed using Sure Jell.

Now I can’t obviously know the specifics of the situation, or whether they just used it on its own, or whether they tried it alongside something more powerful like a detox drink, but looking online as well, and through comments, I receive here and on Facebook, it’s a mixed picture.

So sure, Sure Jell might work. But it might not. Basically, it’s a gamble, this is the problem with home remedies. 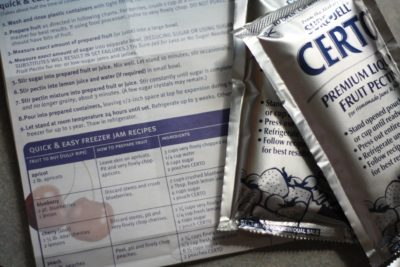 Does Certo Work For All Drugs (And Tests….)?

Yes, Certo does work for all drugs. It doesn’t matter what toxins are in your body if they are being expelled through your urine, and it’s actually a urine drug test you going to have, then potentially the Certo drug test method could work.

But it’s useless unless it’s a urine drug test. That’s important because I have seen people on forums are asking about it for a saliva test.

The bottom line is that it’s only a urine drug test that Sure Jell could work for.

How Does The Sure Jell Method Work?

The assumption seems to be that pectin is not easily digested in our bodies.

So it can pass through the stomach and then take time to be expelled.

Basically, it can coat the insides of whatever part of the body it’s meant to, and toxins will stick to it.

Now I am going to say up front that that doesn’t sound likely to me.

I don’t believe that the body will let that much stuff through and allow it to coat the insides of your bladder so well that all the toxins are going to stick to it.

For a start, everything would stick to it at the microbiological level.

It just doesn’t sound efficient to me and would be a breeding ground for things to kick off in your body.

I think it’s far more likely to be:

The main metabolite was talking about in terms of the urine drug test is usually THC metabolites. This is produced when smoking marijuana.

THC is actually mostly removed from the body through the bowels, not through the bladder. So flushing your system out with water will not speed up the rate at which these toxins leave your body.

But what does happen is that ingested fat is transported to the bowels by binding it with bile. The more bile we produce, the more it will dissolve and be pushed out. THC is fat-soluble, and therefore will be pushed out with the fat.

So basically the fruit pectin fiber increases bile and attaches to it, which drags more fat out of your system, and THC attaches to fat.

On top of that, fiber increases the quality of bowel movements.

The final stage of the theory is that using the Certo Sure Jell drug test method requires a sudden intake of water, which will dilute your urine and flush toxins out temporarily.

This is why it could potentially work for other metabolites, not just THC. 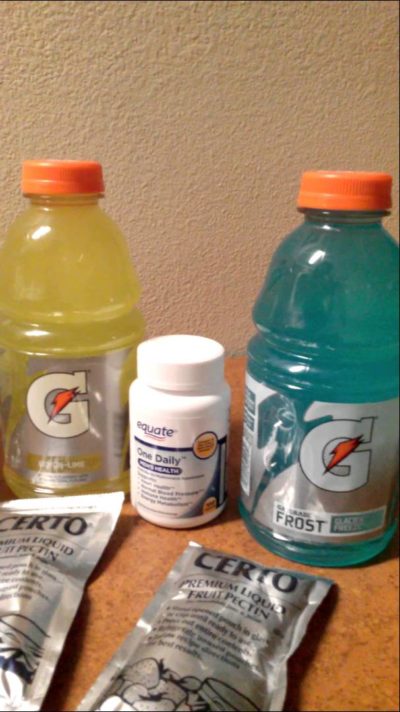 And I’m going to say before I explain the method I’m not advocating you just use Sure Jell before you go to for a drug test.

That would basically be nuts.

There are just a lot of risks. One of the main ones being that you drinking an awful lot of water, which could dilute your sample and lead to it being rejected.

Yes it’s cheap, yes you can read the method and do it easily, and yes there is evidence that people do use Certo for drug test success.

But what I will say is there are better ways of improving your chances of passing, which we will cover in a little while.

Then you go and take your test and hopefully pass. But on the evidence I’ve seen, you’re basically flipping a coin and it could come up heads or tails. It’s a 50-50 gamble. It’s just plain unreliable.

So yes it’s cheap, yes it’s easy, yes it can be effective. But using just the Sure Jell Method to pass a drug test is probably a very poor strategy, which I recommend you use only if you have no other options available.

Which means the important thing is to have other options available.

Alternatives To Using The Sure Jell Drug Test Method

Okay, so I’m hoping you realize that although there is potential in the Sure Jell method, you can’t rely on it unless you are desperate.

What you need to do is prepare and invest in some high-grade products. That way you can always be ready for a call to take a urine drug test.

You have two potential strategies if you are up for a urine drug test:

Synthetic Urine Vs Sure Jell

It’s that simple, that’s your choice. Depending on which method you choose, there are thankfully some really high quality products out there which will get you through a drug test for probation, or employment better than Sure Jell, or some other gamble.

If you are going to go down the synthetic urine route:

I recommend you only really look at Sub Solution synthetic urine. It is hands down the best synthetic urine to get you through most levels of scrutiny during a  drug test.

The thing is, when you have a urine drug test, there is a huge variation in what you could face:

The only synthetic urine which can protect you from all of those issues is Sub Solution. It contains 13 different biological markers, including urea and uric acid.

On top of that, it looks and smells like the real deal. It also doesn’t contain biocide, it’s the only brand I know of which doesn’t. Biocide is used as a preservative and is therefore not present in real urine.

And unlike most other types of synthetic urine which rely on heat pads or microwaving, Sub Solution allows you complete control over getting your sample to the correct temperature and keeping it there, through its unique heat activation powder.

If submitting a fake sample is too scary, or it’s a supervised test and you simply can’t, then all you can do is mask the toxins.

Masking the toxins is what the Certo Sure Jell tries to achieve, but a much better way of doing it is to use high quality detox drinks.

The only two you should consider are Rescue Cleanse and Mega Clean detox drink.

Both of these have the strength to flush out the toxins heading towards your bladder, giving you a window of opportunity, usually around five hours, to submit a sample that is free of metabolites.

If you buy Mega Clean from testclear you’ll also get six Toxin Rid Pre-Rid pills which help to further detoxify you in the day before the test, giving you even more chance of being clean.

So summing up, I really recommend you don’t gamble on getting through a drug test for probation, getting a job, or keeping a job, by using the Sure Jell pectin method.

Is just too risky, and when there’s much better stuff out there, why would you?