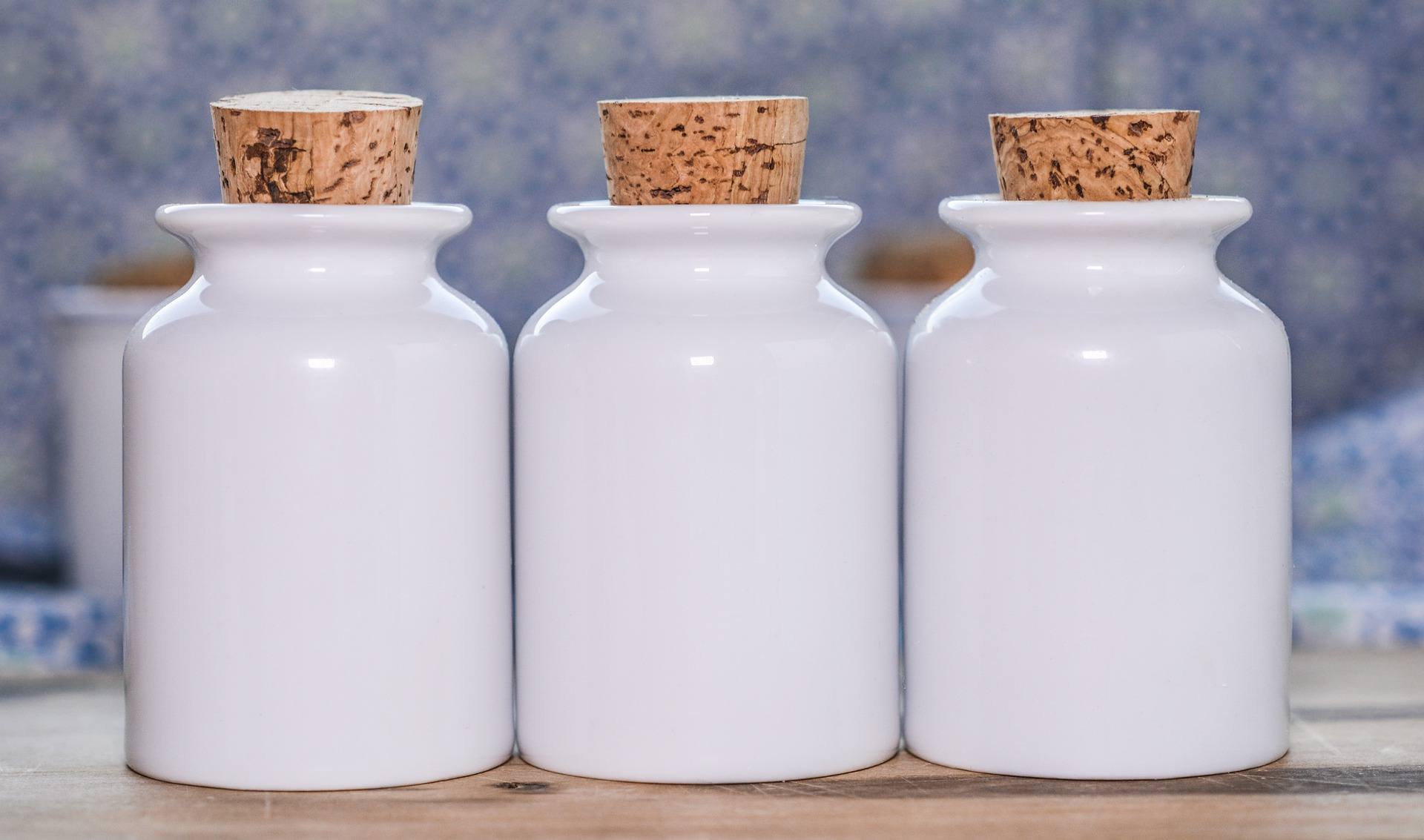 The claims are that it’s easy to flush out drug toxins using common household products, like cranberry juice, for example, to pass a drug test. The implication being there is no need to spend much money on a specialist drug detox product.

Well, I’ve passed a lot of drug tests in my time, advise a lot of people, and I’ve researched in depth around using home remedies for drug tests. In this post, I’m going to tell you whether it’s possible to use household products to pass a drug test, or whether you’re just going to fail your test, or even end up ill in hospital.

Do People Really Use Household Products For Drug Tests?

The problem is that a lot of these home remedies are Internet myths, and before the Internet, urban myths. They were built upon ignorance, and they have just sucked people in and spat them out.

I’ll go through most of the common drug test home remedies in a minute. But let’s just take one as an example.

The cranberry juice myth seems to come from the proven idea that it can aid the urinary tract and help with urinary infections. But that doesn’t mean it can flush drug toxins out any better than water could.

That’s the problem with most home remedies. There are a couple of small exceptions, but generally, none of them is even 50% guaranteed, and all based on dodgy, or zero scientific evidence.

Part of the problem is that nearly every one of these home remedies rely on you flushing out your system with large amounts of water, and some other substances. However, the problem with that is it leads to adulterated samples, which drug test labs easily spot. 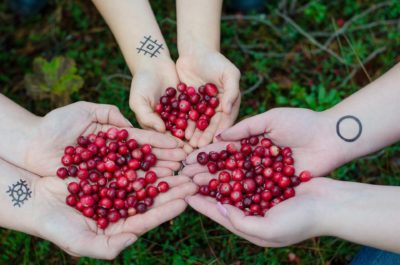 So let’s take a look at the list of most common home remedies to pass a drug test that is advocated online:

Now I’m pretty sure, unless you need your head examined, that drinking bleach, or mixing baking soda, water and bleach to make a “baking soda bomb”, are not things you would consider.

However, some of those other home remedies are pretty unhealthy as well. But is there any scientific basis behind literally a single one of those methods being able to flush out your system to pass a drug test? 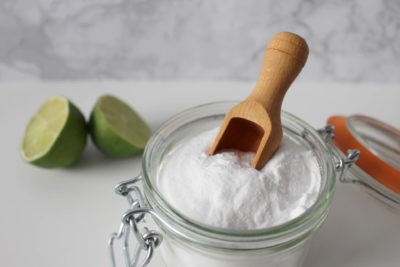 Scientific Evidence That Backs Up Home Remedies For Drug Tests

The thing is, there actually is basic scientific evidence behind using home remedies to pass a drug test.

However, most of this evidence tends to revolve around the fact that your sample would be flushed out through drinking lots of liquid. Yes, there might have been a minor effect from what you were drinking, where it took out more toxins than pure water, but that was actually all that was about.

Which is fine 20 years ago, when drug testing labs were not as advanced as now. But the process of checking for sample validity is incredibly advanced in this modern age.

In fact, modern labs even check the presence of artificial preservatives used in fake urine, as well as a wide range of other checks to make sure the sample is balanced as it should be chemically. Basically, you’re not going to get around adulterating a sample with something as simple as flushing out toxins.

Using Niacin To Pass A Drug Test Is Dangerous

One popular method of trying to pass a drug test using home remedies that are often suggested is using niacin. Niacin is “just” vitamin B3. That doesn’t sound too harmless, which is where a lot of people trip up.

But in the quantities you are advised to take it to flush out your system and pass a drug test, we are talking about some serious potential side effects:

On top of all those problems, there is no evidence that niacin actually can flush out drug toxins at all. So taking niacin to pass a drug test is insane. If you want to know how to pass a drug test with household products, then at the very least stay away from niacin.

It’s the same with drinking lots of baking soda. It’s often recommended as one of the popular home remedies for drug test success because it’s reputed to increase metabolism. But that’s not true.

It may sound harmless, but baking soda is sodium. Drinking a large volume of it is putting a huge amount of sodium bicarbonate into your body in one go. Not only is this metabolized into salt, which is bad for you, but it’s also very alkaline.

Alkaline substances can actually slow down the process of eliminating substances through the body, and out of the bladder and bowels, because they put increased pressure on the liver and kidneys. So you could be making things worse by drinking baking soda. It’s the same are so many of these home remedies. 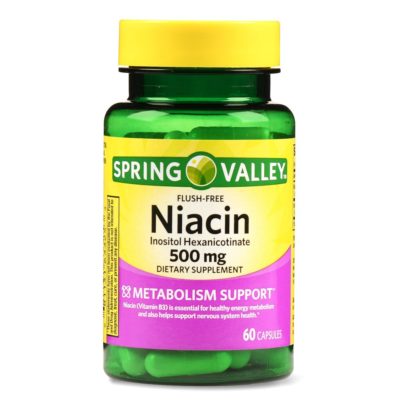 The Certo Method: The Home Remedy That Works…Sometimes

There is one exception to the usual rule about home remedies not helping you to pass a drug test. That’s something called the Certo method. It’s otherwise known as the Sure Jell method. Basically, it’s any brand of commonly available fruit pectin concentrate.

Some people claim, which is where urban myths cause much damage, that the Sure Jell method coats the lining of the bladder and urinary tract, stopping fresh toxins arriving in your urine.

The problem with that claim is that it ignores the fact that anything in the stomach is digested before it’s passed down, whereas the urban myth suggests that fruit pectin somehow stays intact and clings to your bladder.

But basically, you drink a significant amount of fruit pectin alongside a sports drink, plus water, plus other ingredients. The result is meant to be toxin free urine.

However, as with all of these drug test home remedies, there is little science to back it up. But the little science there is does suggest that the larger volume of liquid can flush toxins out of your urine, while the fruit pectin is fiber Fiber produces bile, which then moves through the bowels, to which drug toxins like THC will attach.

So potentially, if you are a very light weed smoker, then the Certo method could flush enough toxins out of your urine, and drag enough out of your bowel, for you to be toxin free to pass a drug test. But at best you talking a 50-50 toss of a coin. 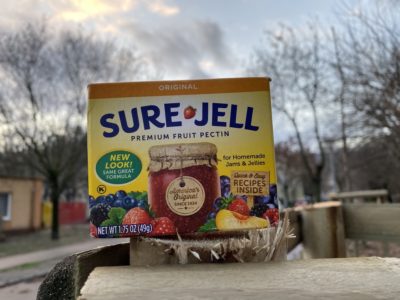 If You Have An Unsupervised Drug Test

I hope you’re beginning to see that learning how to pass a drug test household products is really a non-starter. Lab testing facilities are not stupid, it’s the modern digital age, and technology has moved on massively.

If you want to pass an unsupervised drug test, which is by far the most common type, then the best way of doing it is simply to using fake urine for a drug test.

A premium brand of synthetic urine like Clear Choice Sub Solution is definitely a far better way to pass, than trying to use home remedies for drug test success.

Sub Solution contains 13 chemicals that a lab will check for during validity testing. So it will pass as a valid sample. It also looks, smells, and froths, like real urine.

All you have to do is make sure it’s submitted within the correct temperature range, between 90°F and 100°F. Sub Solution makes that easy to achieve, by including heat activator powder. You put some in, agitate it, and it heats the liquid. You can check out my detailed Sub Solution review for more info.

So why mess around with drinking a gallon of cranberry juice, or vomiting on baking soda and water, when you can buy some synthetic urine, sneak it in, pour it into the sample cup, and walk out 100% confident you are going to pass? 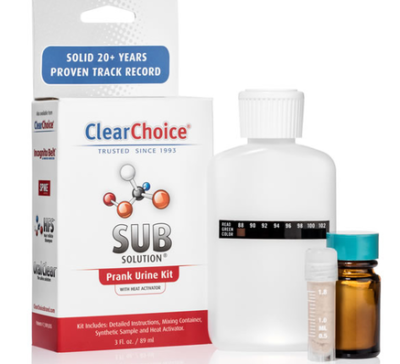 If You Have A Supervised Drug Test

If you have a supervised drug test, then using home remedies to pass a drug test of this type is just as unsuitable. Is not about how the test is done, is just that home remedies will work no better.

One thing that will really work for a supervised drug test is detox pills and a natural detox. But only if you have about seven days until your test. If you are a heavy weed smoker, you might need 10 days or more, even with detox pills.

The best detox pills is called Toxin Rid. If you take those for about seven days alongside a natural detox, you can be pretty sure you are clean. Then you can take a home test kit, and again, go to your test knowing 100% that you are going to pass.

Alternatively, you could use a THC detox drink. This is especially suitable if you only have 24 hours notice before your drug test.

A good quality detox drink like Ultra Eliminex will do everything that home remedies are claimed to do. It will flush out the toxins in your bladder. But crucially, it will also replace the lost nutrients, and introduce things that will make the sample appear balanced and natural. You can read the step by step instructions in my Ultra Eliminex review.

So the conclusion is you cannot learn how to pass a drug test with household products. It’s simply impossible. Even if you could somehow flush out the toxins, it’s a pure gamble, and you are probably going to get caught.